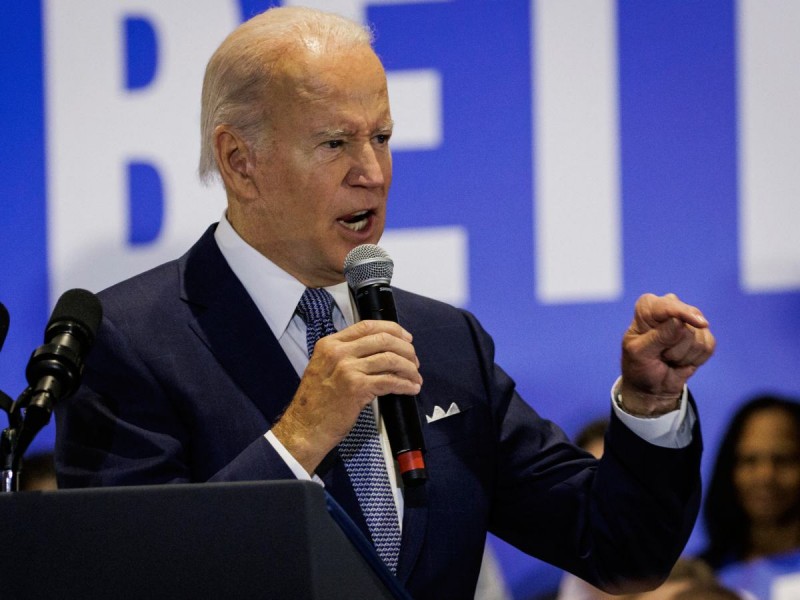 President Joe Biden caused controversy in the United States commenting in public on a friendship What did you have with a 12 year old girl when he was 30.

Biden I was giving a speech on Friday at the National Education Associationthe largest teachers’ union in the country, when it apparently recognized a woman between the crowd and paused in his comments to point it out.

“You have to say hello to me,” Biden said mid-speech.

“We have come a long way. She was 12 years old, I was 30. But anyway, this woman helped me do a lot, “added the president. without giving more details.

after comment, the audience of teachers and union members laughed and cheered the statements of the president.

Nevertheless, Biden lit up social media with the confusing side and seemingly inappropriate to the story, because several gave it a sexual connotation.

The White House did not comment to clarify Biden’s remarks.

Before becoming president, Biden had to apologize in public after being accused by several women to make them feel uncomfortable During episodes in which the Democratic politician allegedly engaged in unwanted physical contact.

“Social norms have changed. and boundaries to protect personal space have been redefined. And I get it, I get it. I hear what they are saying and I understand it. And he will be much more careful, that is my responsibility. My responsibility and I will fulfill it, ”Biden assured then in a video posted on Twitter.

The now president assured at that time that his “tactile” style had been misunderstood and close to the people that he liked to have until before the claims.