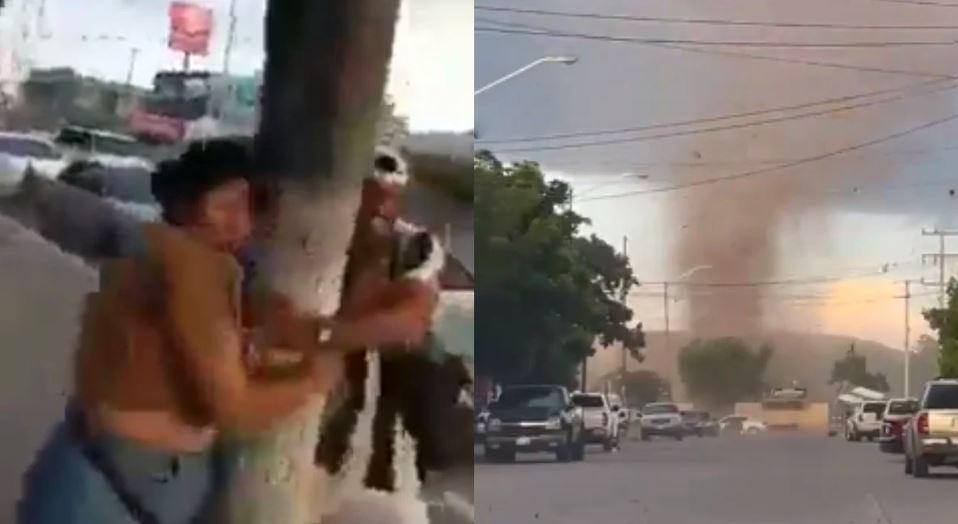 Inhabitants of Guamuchil, Sinaloa, They were surprised by a tornado It was formed in the downtown arealeaving an injured person and property damage.

It was Thursday afternoon where social network users managed to capture on video the moment the tornado began to form and it advanced on the main streets of the city, causing material damage.

the coordinator of Civil Protection of Salvador Alvarado, José Espinozamade it known that material damage was reported in fallen trees and some failures in the wiring of the city due to strong wind.

However, he noted that it was found that a department store clerk located in the center of the city, was injured by the facts presentedbut it was attended to at the time.

Around 6:20 p.m.the impressive tornado surprised to the locals, who were gathered in the main square dedicated to Pedro Infante of said locality due to a cultural fair.

In the pictures you can see to people clinging to the trunks of the trees in the streets to avoid being lifted by the eddy. The gust of wind also knocked down tarps, damaged the roofs of houses and some advertisements in the area.