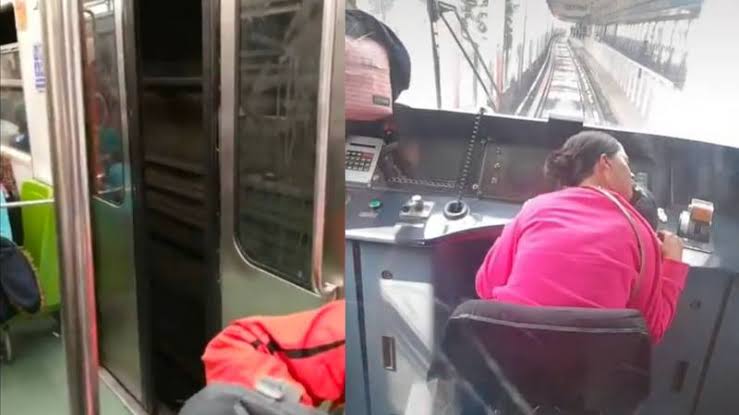 Through social networks, a video was shared where it is shown to a woman asleep in the cabin of conduction of a train of the Collective Transportation System (STC) Meter of the Mexico City.

According to the user tiktok “berssamy”, the convoy was not in danger since the alleged worker was asleep in a disabled cabin.

In the recording, the woman is observed reloaded on the control console, while the train proceeds along its usual route.

“Let her sleep, everyone sleeps during working hours, there is no anger”, “the one who drives is at the other end crack”, My life in automatic mode I also want a job like this”, “worry when she goes to the other side”, were some of the comments that the users of said social network expressed.

They investigate the case of a woman sleeping in the Metro

The STC Metro indicated through a statement that is already investigating the case, and if it is confirmed that it is of an employee of the system, the corresponding sanction will be imposed.