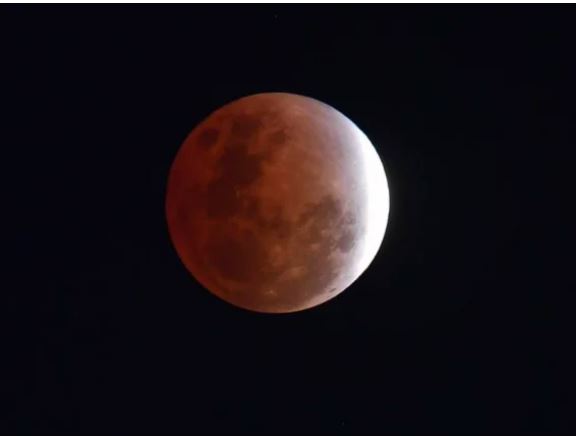 North America and much of South America they admired this morning a “near total” lunar eclipse, the longest of its kind since 1440.

The eclipse, in whose strongest phase the visible surface of the Moon was darkened by 99.1%, was also visible from parts of the northeast from Asia, Polynesia and eastern Australia, but not from Europe or Africa, the US space agency NASA noted on its website dedicated to the Earth’s satellite.

The phenomenon, which always arouses fascination and draws the attention of millions of people, began when the moon entered the shadow of the Land. Earth observers could already see half of the lunar disk hidden by our planet.

A lunar eclipse occurs when the Sun, Earth, and Moon are aligned.

Our natural satellite is in the shadow of the Earth, which hid it from view. If the alignment is not perfect, the eclipse is not total.

This Friday’s eclipse had a total duration of 3 hours, 28 minutes and 23 seconds and it was the longest since February 18, 1440, which had lasted 23 seconds longer.

More than 95% of the lunar disk was in shadow and the Moon acquired a reddish tone as the Earth’s atmosphere it deflected the red rays of sunlight into its shadow cone.

This phenomenon was most visible during the peak of the eclipse and then the moon became fully visible again.

According to POT, it will be necessary to wait until February 8, 2669 to witness a Longest partial eclipse (3 hours 30 minutes) than this Friday, but a total eclipse is expected in less than a year, on November 8, 2022, which will last 3 hours 40 minutes.

The spectacle could be seen with the naked eye without any danger, unlike solar eclipses.

Binoculars, glasses and telescopes allowed for even more enjoyment, provided the sky was clear enough.