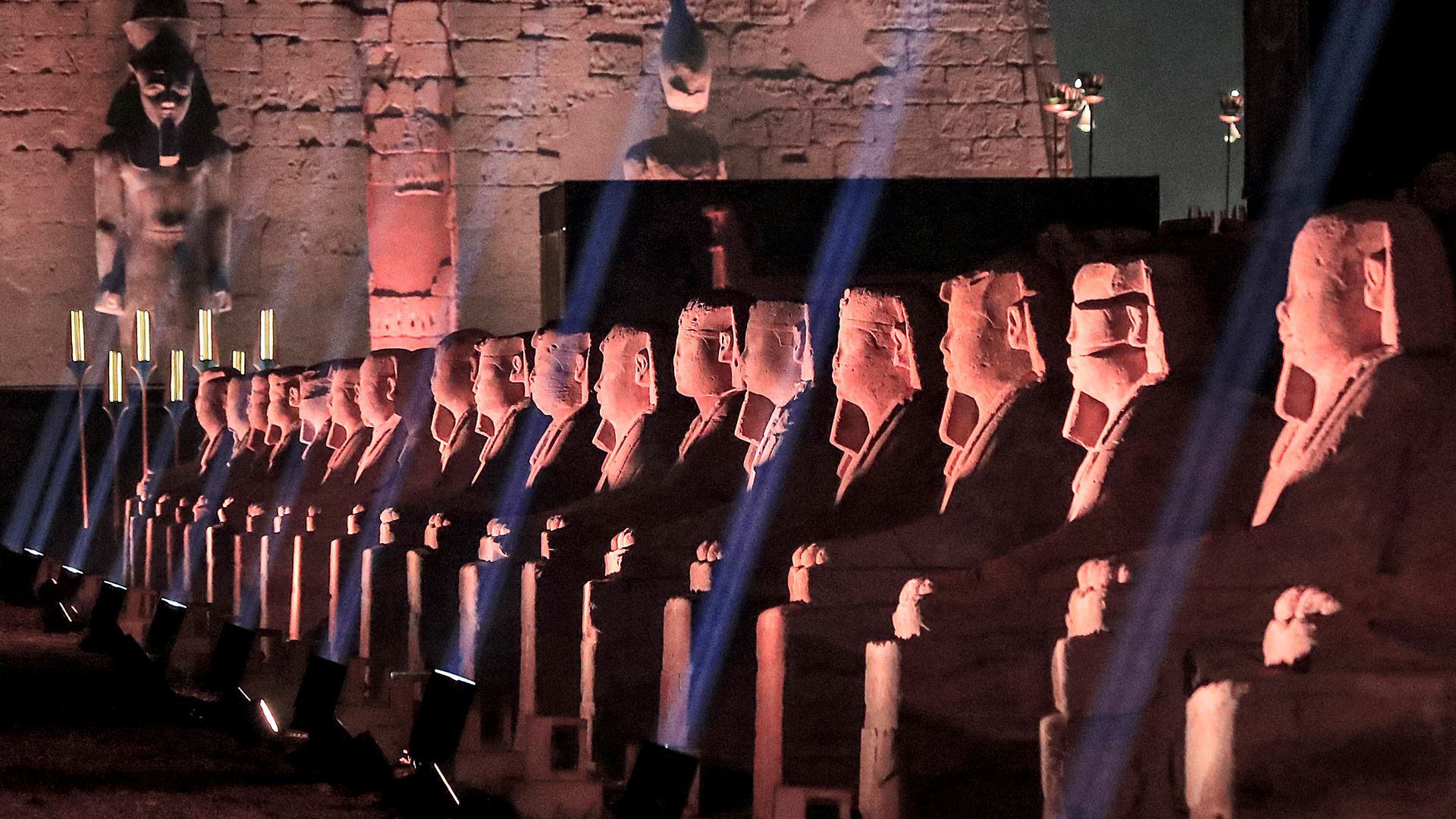 At 3,500 years old, hundreds of ram-headed and lion-bodied sphinxes from Luxor were restored on the promenade. leading to the temple of Karnak, in southern Egypt.

On Thursday night, as part of a grand ceremony, President Abdel Fattah al Sisi inaugurated the walk of the renovated statues along the old Avenue of the Sphinxes, also known as “Route of Rams”, a corridor between the temple of Luxor and the temple of the god Amun in the religious complex of Karnak.

The objective, assured the Ministry of Tourism, is make the place “an open-air museum” in a country where the tourism sector employs two million people and generates more than 10% of GDP.

Karnak, a vast complex north of Thebes – present-day Luxor -, its temples and palaces, as well as the necropolis of the Valley of the Kings and the Valley of the Queens are inscribed in the world heritage of Unesco.

Every year, millions of tourists flock to the sites of ancient Egypt, especially to this walk of the lamb-headed sphinxes, It is three kilometers long and extends from the Temple of Karnak to ancient Thebes, the capital of Egypt during the Middle and New Kingdom and the city of the god Amun.

The hundreds of statues of mythological animals of Luxor, discovered in 1949, were at the center of a controversy in mid-2020, since four of the ram-headed sphinxes were separated from the others to be installed in Tahrir Square from Cairo, the epicenter of the 2011 revolution that led to the downfall of Hosni Mubarak.

While, In 1836, one of the obelisks of the Temple of Luxor was displaced and today it is located in the Place de la Concorde in Paris, France.

Egyptology is a very precious resource for the Egyptian government, that frequently uses antiques to shine globally.

In April, televisions around the world broadcast images of a grand procession in Cairo. 22 black floats adorned with gold and luminous motifs, reminiscent of ancient funerary vessels, transported the mummies of ancient Egyptian kings and queens to the new National Museum of Egyptian Civilization (NMEC).

The Egyptian government takes time announcing the future inauguration of the new Great Egyptian Museum, located at the foot of the pyramids of Giza.

Spectacular archaeological find in the desert of Egypt: they discovered one of the six missing pharaonic solar temples

Egypt and Israel: 40 years after the assassination of Anwar el-Saddat and the Camp David accords