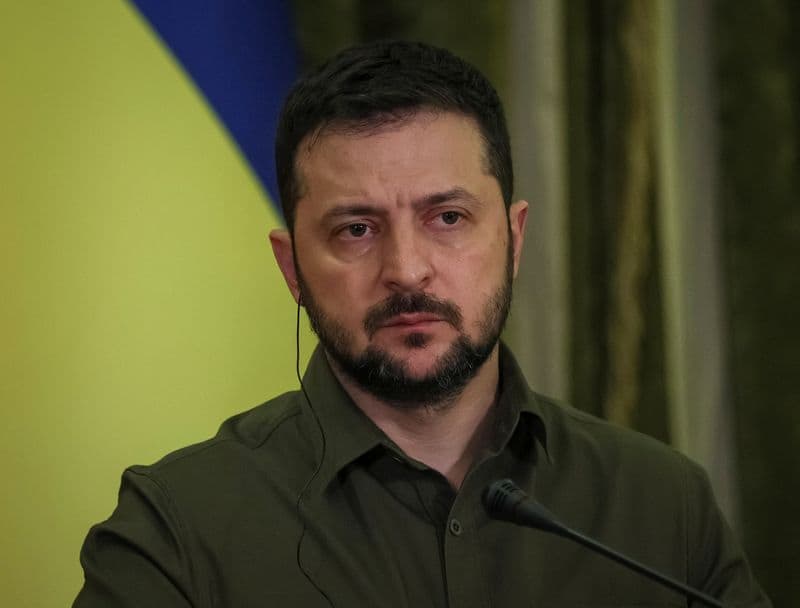 The President of Ukraine, Volodymyr Zelenskyassured this Monday that the front of Donetskwhere heavy fighting is taking place, is “literally covered” in russian corpses: “Hundreds die every day.”

“The Donetsk region remains the epicenter of the greatest madness of the occupiers: hundreds die every day. The ground in front of the Ukrainian positions is literally covered in the bodies of the occupants”, he stated in his usual nightly speech.

Zelensky has assured that along the front, where intense fighting is taking place these days, the Ukrainian forces maintain an “active defense” and in areas of the east and south they are “gradually” pushing back the Russians.

“Little by little we are making progress”has underlined.

The Ukrainian president has stated that some of the Russian military, seeing “what was happening”, “complained to the governor of their region, Primorsky Krai, about colossal losses.” But Governor Kozhemyako, as expected, according to Zelensky, “Lied” in his response by stating that “losses are ‘far from such’”.

That is why the President of Ukraine has invited Russian citizens to hold a “fierce” protestbut not in social networks, nor “under the blanket”, but in the streets “against those from Moscow”.

The Russians attacked on Monday more than 50 settlements in Donbas, Zaporizhia, Kherson, Mykolaiv, Kharkiv and Dnipropetrovskbut on all fronts the Ukrainian forces responded, according to Zelensky, who indicated that one of the results has been the shooting down of a Russian plane.

He has also assured that his country has received new air defense systems and although the protection of the Ukrainian sky “is not one hundred percent” it advances towards that goal.

Zelensky has also reported the decision agreed by the General Staff of the Supreme Commander-in-Chief of Ukraine to take control “by force” of five Ukrainian companies “to meet the needs of the war.”

These are Motor Sich, KrAZ, Ukrnafta, Ukrtatnafta and Zaporizhtransformator, which at present hardly worked and from now on, under their “military-state management” will be engaged in repair and production of equipment, provision of defense forces and restoration of the infrastructure, he explained in his speech.