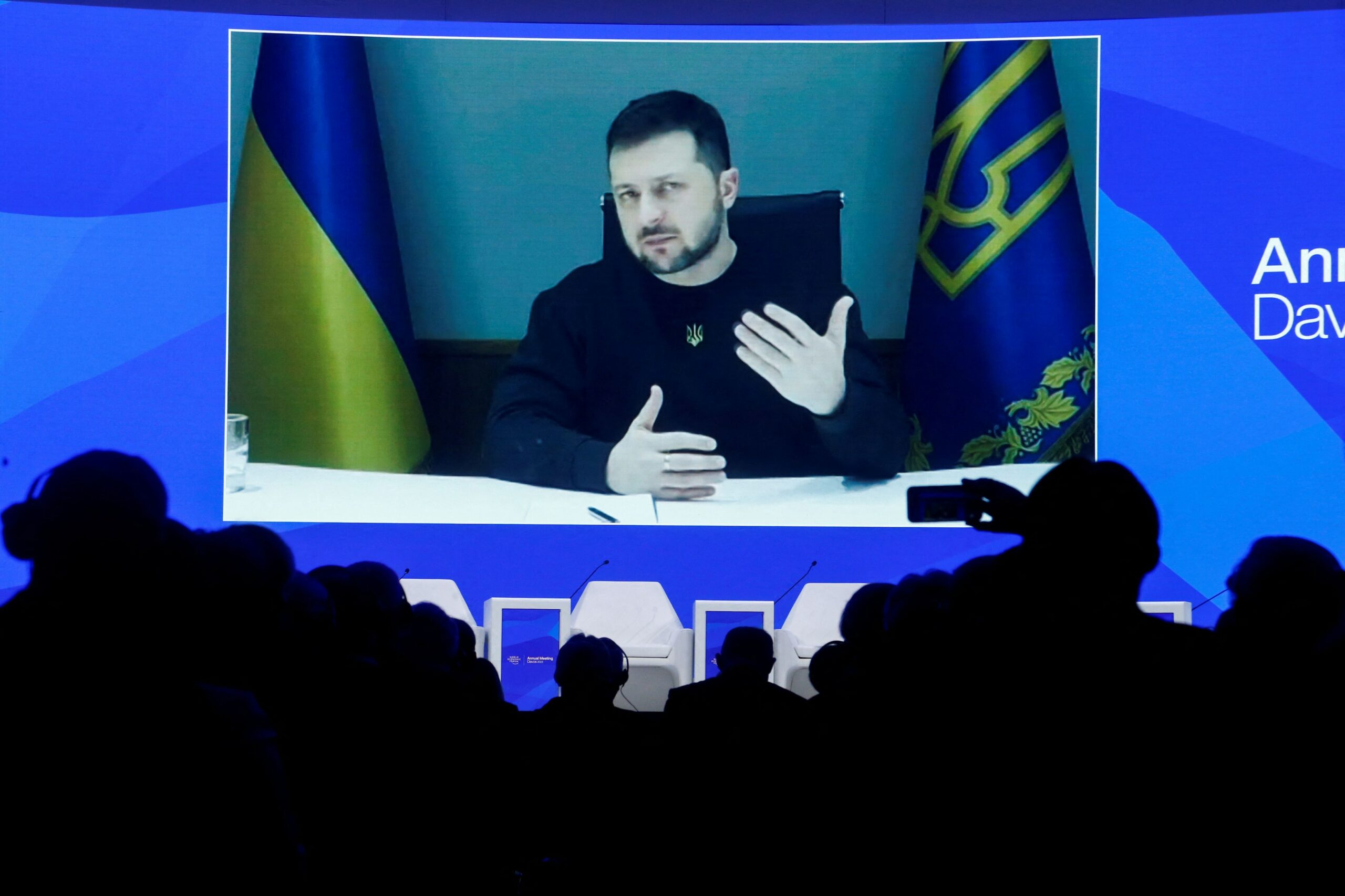 Ukrainian President, Volodimir Zelenskypressed the Western allies on Thursday to provide kyiv with more heavy weapons to fight against Russiaon the eve of a key donor meeting, and ruled out the possibility of negotiations with Vladimir Putin since, he said, “I don’t know if he’s alive, I don’t know who is in the circle that decides.”

A day after a helicopter crash on the outskirts of kyiv killed one of its top ministers, the Ukrainian leader criticized Germany for your doubts when supplying your modern tanks leopardunless USA do it too.

“There are moments when we shouldn’t doubt or we shouldn’t compare,” Zelensky declared at the Davos World Economic Forum through a videoconference. “When someone says ‘I’ll give tanks if someone else also shares them’… I don’t think it’s the right strategy.”

The Ukrainian president referred to press reports according to which berlin would deliver tanks leopard if the United States gave vehicles Abrams. But for now, Washington is unwilling to supply these more advanced tanks, a senior Pentagon official said on Wednesday. The chancellor Olaf Schölzalso present at the World Economic Forum in Davos, said yesterday that Germany will only decide “with partners”.

Zelensky’s latest impassioned plea for arms comes a day before the United States, kyiv’s main backer, convenes a meeting of some 50 countries – including the 30 members of the NATO alliance – at the US military base in ramstein (Germany) to discuss military aid to Ukraine.

Many of Ukraine’s allies have announced plans to increase their military support for kyiv this month, despite the risk of antagonizing Russia, particularly Britain, which became the first Western country to pledge heavy tanks over the weekend.

In his speech, Zelensky also ruled out any possibility of negotiating with Russia at this stage: “Impossible to negotiate, I don’t know who that guy is,” he said, referring to Vladimir Putin. “I don’t know if he is alive, I don’t know who is in the circle that he decides.”

This statement was responded to shortly after by the Kremlin spokesman, Dimistri Peskov: “Putin is alive, like all of Russia,” he said. “And the President of Ukraine, Volodimir Zelenskyyou should figure that out quickly,” he added.

“It is clear that Zelensky would prefer that neither Putin nor Russia existed,” Peskov said.

On the other hand, the Ukrainian leader also reiterated that kyiv’s goal is “liberate all of our territories”, including crimeaannexed by Russia in 2014.

“Crimea is our land, our territory, our sea and our mountains. Give us your weapons and we will get our lands back,” he told his Western allies.

In Ukraine, air-raid sirens sounded early Thursday in kyiv and across the country, a day after a helicopter crash on the outskirts of the capital killed the interior minister and 13 other people near a kindergarten.

Zelensky He said the investigation into the crash was ongoing, and that various theories were being examined, though he did not rule out the possibility of a sabotage: “There are many versions of the accident, I am not authorized to talk about it until the investigation is underway,” he said.

The Minister of the Interior died in the accident. Denys Monastyrsky42, one of Zelensky’s top aides, who was involved in exchanging prisoners of war, among other tasks.

He was the highest-ranking Ukrainian official to die since Russia sent troops to Ukraine on February 24, 2022.