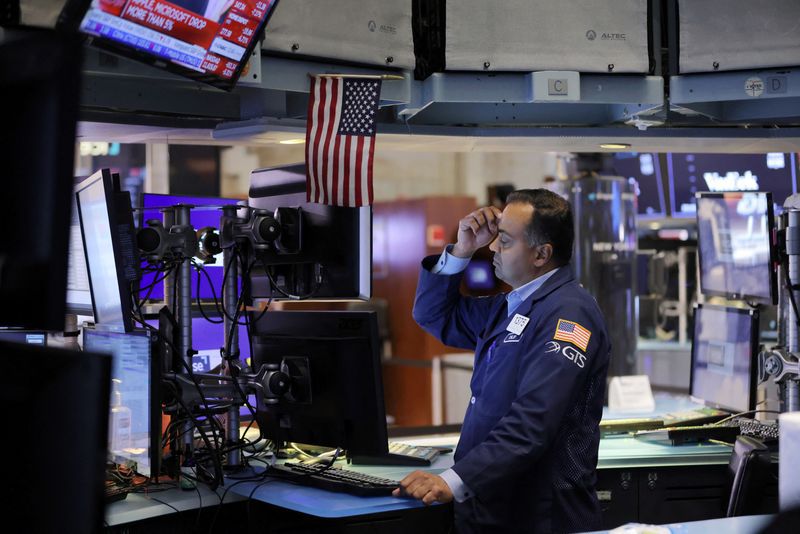 The main indices of wall street ranged before crashing in the last 30 minutes of trading to close down on Wednesday, as investors digested the new Federal Reserve rate hike and comments on future monetary policy.

Following its two-day meeting, the Fed raised its interest rate for the third consecutive time in 75 basis pointsto a range of 3.00-3.25%. Most of the agents in the market expected this increase, and before the announcement only a twenty-one% chance of a 100 basis point rate hike.

Policy makers also signaled more significant hikes to come, with new projections indicating that the interest rate will rise to 4.40% later this year and will peak at 4.60% in 2023. This represents an increase from the June forecast of 3.4% and 3.8% respectively.

The central bank added that no rate cuts expected until 2024dashing investors’ hopes that the Fed expects to bring inflation under control in the short term.

Mixed between the expected and the slightly unexpected given the size of the rate hike and the trajectory of future hikes, respectively, markets swung between red and blue after the announcement as investors digested the news. However, the declines accelerated in the last 30 minutes of trading.

“The markets were already prepared for a some hardeningbased on recent inflation reports and comments from officials,” said Yung-Yu Ma, chief investment strategist at BMO Wealth Management.

“It is always interesting to see how the market reacts to messages. It was to be expected that there would be an aggressive attitude, but while some in the market take comfort in it, others decide to sell, ”he added.