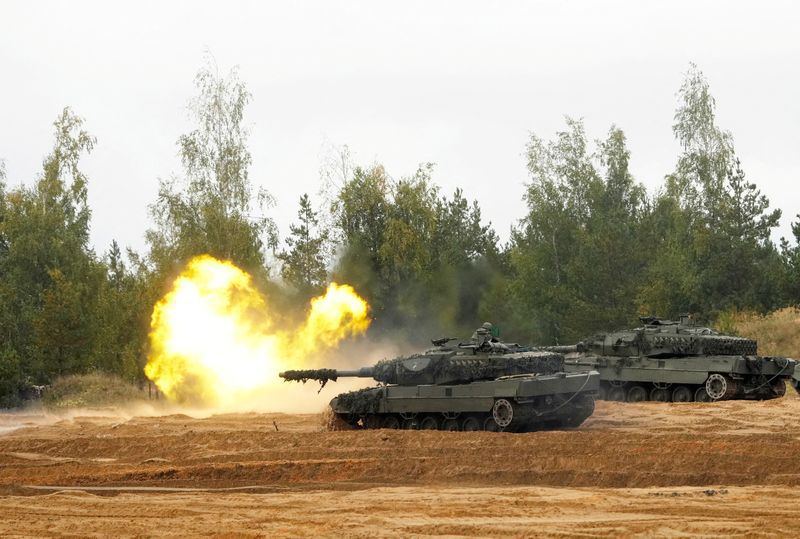 Germany is ready to authorize Poland to send tanks leopard of German production to the Ukraine to help kyiv to fight against the Russian invasion if warsaw requests it, declared on Sunday the Minister of Foreign Affairs, Annalena Baerbock.

“If the question is put to us, we will not get in the way,” Baerbock told LCI television after a Franco-German summit in Paris. “We know how important these tanks are and that is why we are discussing it now with our partners. We have to make sure that people’s lives are saved and the territory of Ukraine is liberated.”

The Polish Prime Minister Mateusz Morawiecki, had been one of the most vocal in his criticism of Germany for delaying the shipment of tanks. “Almost a year has passed since the outbreak of the war. Evidence of Russian war crimes can even be seen on YouTube. What else does Germany need to open its eyes and begin to act in accordance with its potential?

According to the International Institute for Strategic Studies, sending a hundred of these modern tanks could affect the course of the war against Russia, which invaded Ukrainian territory on February 24. “In Western support for Ukraine, tanks are the missing piece of the puzzle,” Ed Arnold of Britain’s Royal United Services Institute (RUSI) think tank told AFP.

The Leopards were deployed in Kosovo, Bosnia, Afghanistan Y Syria (for Turkey). They have several advantages, they are adapted and tested on the European ice fields, they are extremely effective, they could make a real difference against Russian artillery. Ukrainian tankers could be trained in days and within a few hours of their headquarters.

They have one autonomy of about 500 km and reach a top speed of 68 km/h. They are equipped with a 120mm gun as its main armament, it also has two coaxial light machine guns.