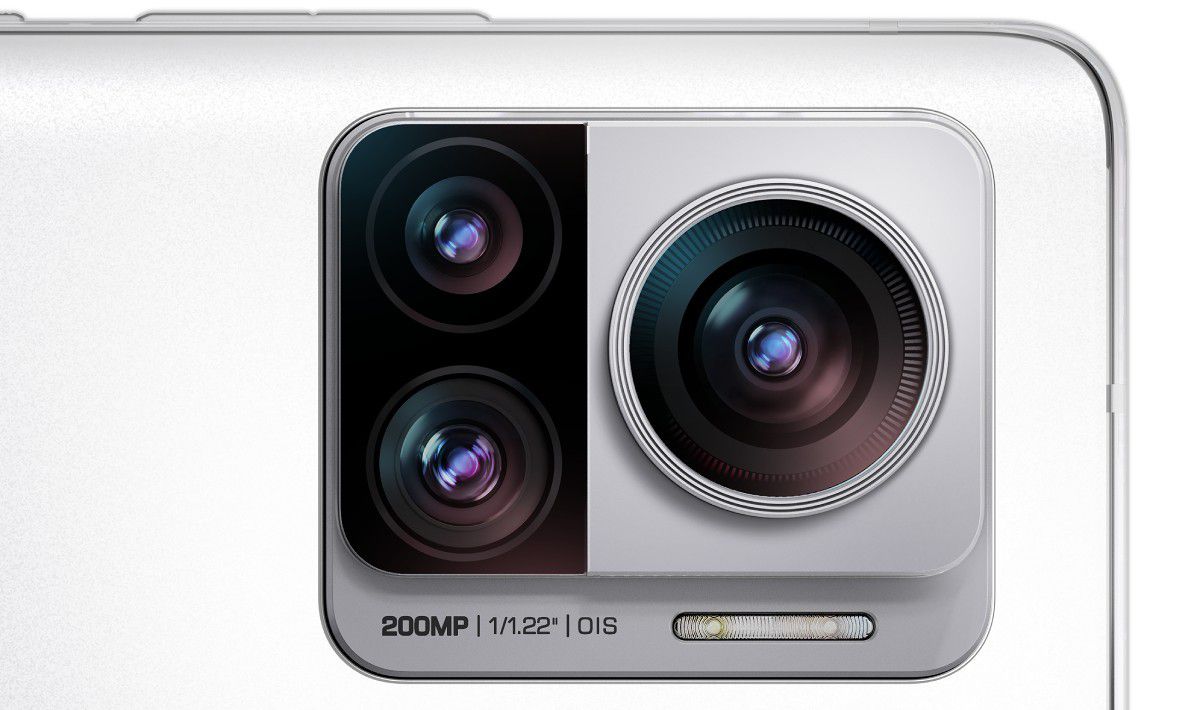 The mobile phones with 108 megapixel cameras they are already too familiar for ordinary users. Motorola took a step forward in the current trend by becoming the first brand to launch a smartphone with a 200 MP camera, as shown on the Motorola Edge 30 Ultra.

The Lenovo-owned company introduced the device aforementioned high-end product along with its other new products: the Edge 30 Fusion Y Edge 30 Neo, at an event in Milan on the occasion of these three international launches.

This model has a premium character due to its refined design, its modular appearance, neat corners and an elegant back that is pleasant to the touch.

The screen, with curved echoes along its edges, offers quality polyLED, 6.67 inchesFHD+ resolution, 144hz fluency (rate that is beginning to be common and that, for example, was present in the Motorola Edge), one billion colors, up to 1,250 nits of brightness and support for HDR10 +. An attractive extra detail: the sides of the panel light up and are used for notifications and alarms.

The level is also manifested in the processor, the Qualcomm Snapdragon 8+ Gen 1the current preference for the high range, and in the 125W fast charge for its 4,610 mAh battery. Seven minutes of charging are enough for a day of use. It also includes 50W wireless fast charging and 10W reverse charging.

In the outstanding camera module (it has three ‘stages’), a 200MP camera with optical image stabilization (OIS) with a 50 MP super wide angle with macro and 12 PM telephoto functions. This sensor is designed to capture more light by combining 16 pixels into a 2.56μm Ultra Pixel, resulting in sharp, bright images even in the dark.

Also, with this device videos can be taken to the next level with the recording of 8K video, that will allow to obtain more than 33 million pixels of resolution, the highest possible video resolution in a smartphone current.

or video recording 4KHDR10+, that meets strict HDR10+ standards for color accuracy, color gamut, brightness, and contrast, to envelop videos in over a billion shades of color and rich detail.

The Motorola Edge 30 Fusion is clearly Premium in design, although a reasonable step down from the Ultra. It is governed by the processor Snapdragon 888 and it has a 6.55-inch poLED screen with FHD, 144 Hz, HDR10, one billion colors and brightness of up to 1100 nits. Its sides also light up.

In this case, its main camera is 50 MP (with OIS), assisted by a 13 MP ultra wide angle with macro. At the front, the sensor offers 32 MP.

Refering to fast chargeMotorola bets on the 68W Turbo Power for a 4,400 mAh battery.

On the other hand, the Motorola Edge 30 Neo combines a Snapdragon 695 processor, a 4,020 mAh battery with a 68 W fast charge and displays two rear cameras, a 68 MP main one (with OIS) and a 13 MP super wide angle with functions of macro and depth shot. The 32MP selfie camera uses Quad Pixel technology.

All three new Edge models run android 12 and they have connectivity 5G, as well as things like stereo and Dolby Atmos.

How much will the iPhone 14 cost in Colombia

Apple Event: this was the live launch of the iPhone 14, AirPods and Apple Watch