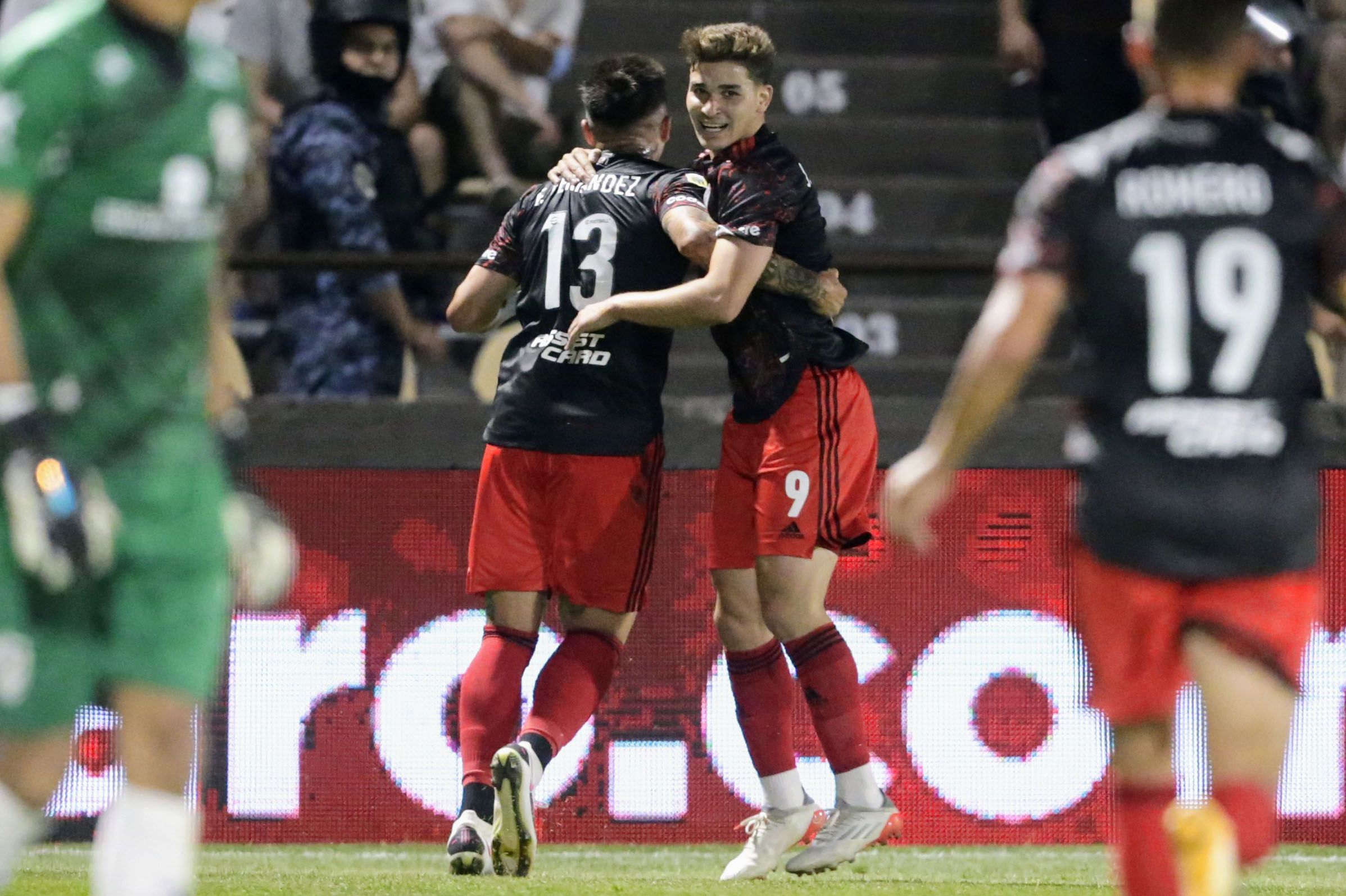 Julián Álvarez returned to become River Plate and ratified his great present in Argentine football. The forward scored the winning goal against Platense, which allowed the Millionaire to stretch to nine points the difference over Talleres de Córdoba, his main pursuer. “I’m happy because we knew it was going to be a difficult game and the important thing was to win. We lacked control of the game and finish it before, I I had several situations that I could not specify “, recognized the best player in the championship.

“You can pass. I had several clear chances, but the important thing is that it was won ”, Araña highlighted his low effectiveness in the clear situations he had. “We knew it was going to be a difficult match. They played the ball behind our center and we had to run for that sector. We couldn’t handle the ball and the game control got complicated for us ”, analyzed Julián Álvarez, who is equally excited for what is to come.

“It would be nice to be champions with our people and our stadium, but we still don’t know what happens”, he claimed. The reality is that River Plate will be able to celebrate the title of champion next Thursday at the Monumental stadium if it wins the classic against Racing Club and Tallares de Córdoba does not do the same this Tuesday against Gimnasia and Esgrima La Plata.

“And then?” Julián Álvarez was asked in a clear allusion to his future, that he has it with several powerful European teams interested in buying his card, including Juventus and Real Madrid. “Quiet, now I am focused here and training in River, that there are still four or five games left to finish the tournament and later it will be seen “, closed in dialogue with ESPN.

For his part, goalkeeper Franco Armani, one of the keys to sustaining the advantage in the second half, regretted the injury of Enzo Pérez, who suffered a dislocated left elbow and starred in the negative part of the victory. “It’s a shame, now we have to accompany him and support him so that he can return as quickly as possible because he is a very important player,” said the goalkeeper.

The squad will have no rest and will return to training tomorrow at 6:00 p.m. at River Camp.

The chilling injury of Enzo Pérez that took him out of the match against Platense: his disconsolate crying on the River Plate bench

What does River Plate need to be champion of the Professional League: this is the table, the entrance to the Cups and the next dates

War in the Di Zeo family: what is behind the brutal attack on Rafa’s sister-in-law and niece in La Bombonera