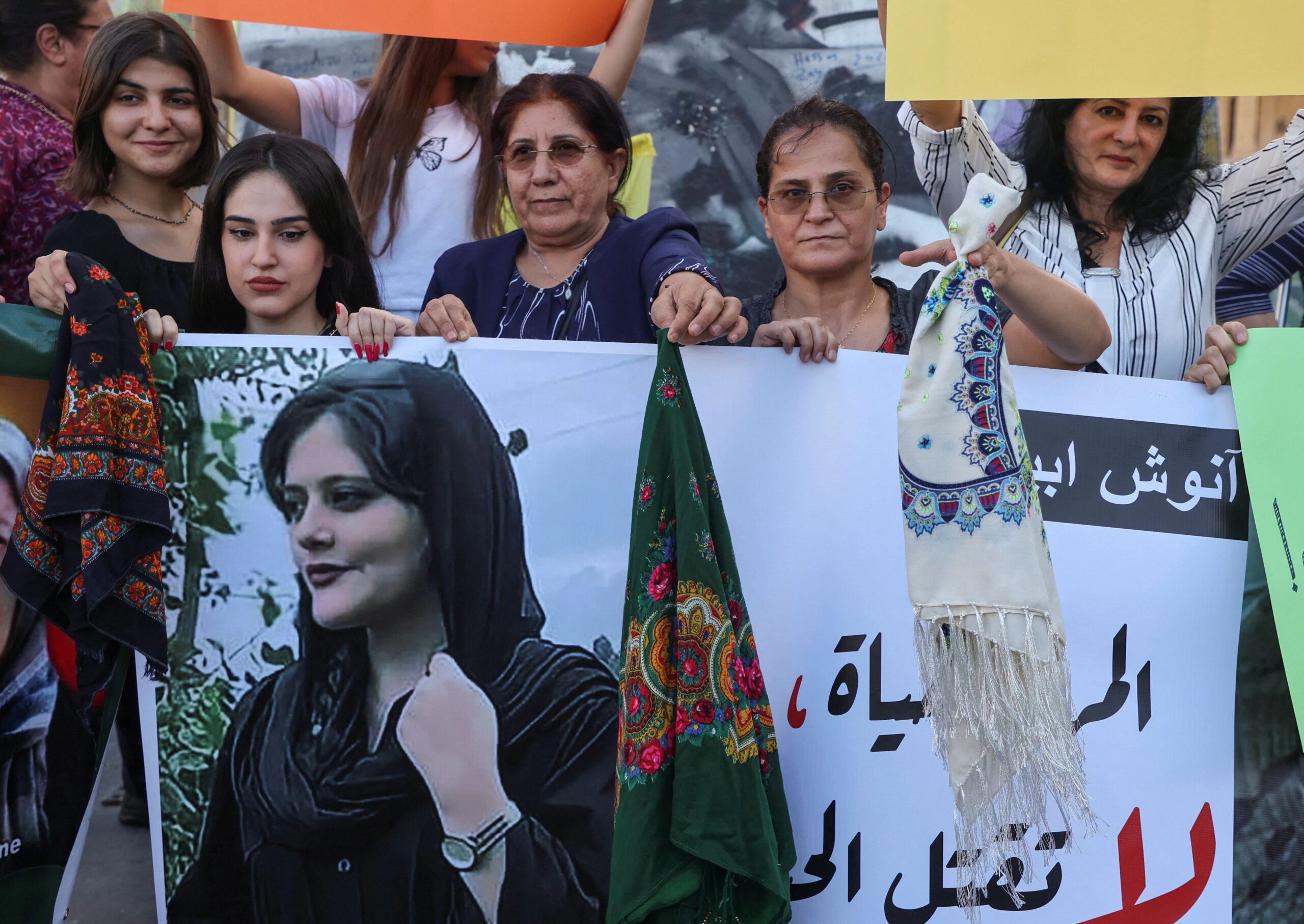 Outrage continues in Iran after the brutal death of Mahsa Amin. Despite the repression perpetrated by the regime’s forces, the protesters begin to lose their fear. This Wednesday, while the Persian president ebrahim raisi remembered at the UN General Assembly in New York the late general Qassem Soleimania group of protesters burned a mural of the former head of Iran‘s Islamic Revolutionary Guards.

The fact is all a symptom. It is not only a message for the ayatollahs’ regime, but also a sign, since took place in Kerman, the hometown of the former commander of the Al Quds Forcesthe Iranian elite body operating abroad.

in the shared video by Iranian journalist Yashar Ali you can see a group of young people climb some scaffolding and burn the huge mural of Soleimani.

Almost simultaneously, Raisi showed -as a tribute- a photo of the powerful Iranian general at the UN plenary session in New York, an iconic city of the country that ordered the attack in which the former leader of the Revolutionary Guards was killed in Baghdadan organization considered a terrorist group by Washington.

Images like those of Kerman have been seen in different cities of Iran in recent days, with the burning and destruction of images of Supreme Leader Ali Khamenei and Ayatollah Khomenei, among others.

The regime, meanwhile, responded with a brutal repression that has already left at least eight dead.

But neither the police repression, nor the promises of President Raisi that Amini’s death will be investigated, nor the sending of emissaries by the supreme leader to the family of the deceased seem sufficient to put an end to the protests.

The Persian country experienced another wave of protests on Wednesday afternoon, with demonstrations at the universities of Tehran, but also in numerous provincial cities.

The state news agency IRNA has reported clashes in at least 20 cities, with protesters burning cars and throwing stones at police.

Thus, one more day the demonstrators shouted “Justice, freedom and no to compulsory hijab”, “Women, life, freedom” and “Death to the dictator”.

To prevent these images from traveling the world, the regime blocked the mobile internet almost completely on Wednesday night and limited applications such as Whatsapp and Instagram.

In addition, he reported that access to Whatsapp and Instagram, one of the few Western applications allowed in Iran, whose authorities keep Facebook and Twitter blocked, although users use them with VPN (anti-internet filter programs), has been restricted.

At least eight dead during protests in Iran: the regime blocked internet access