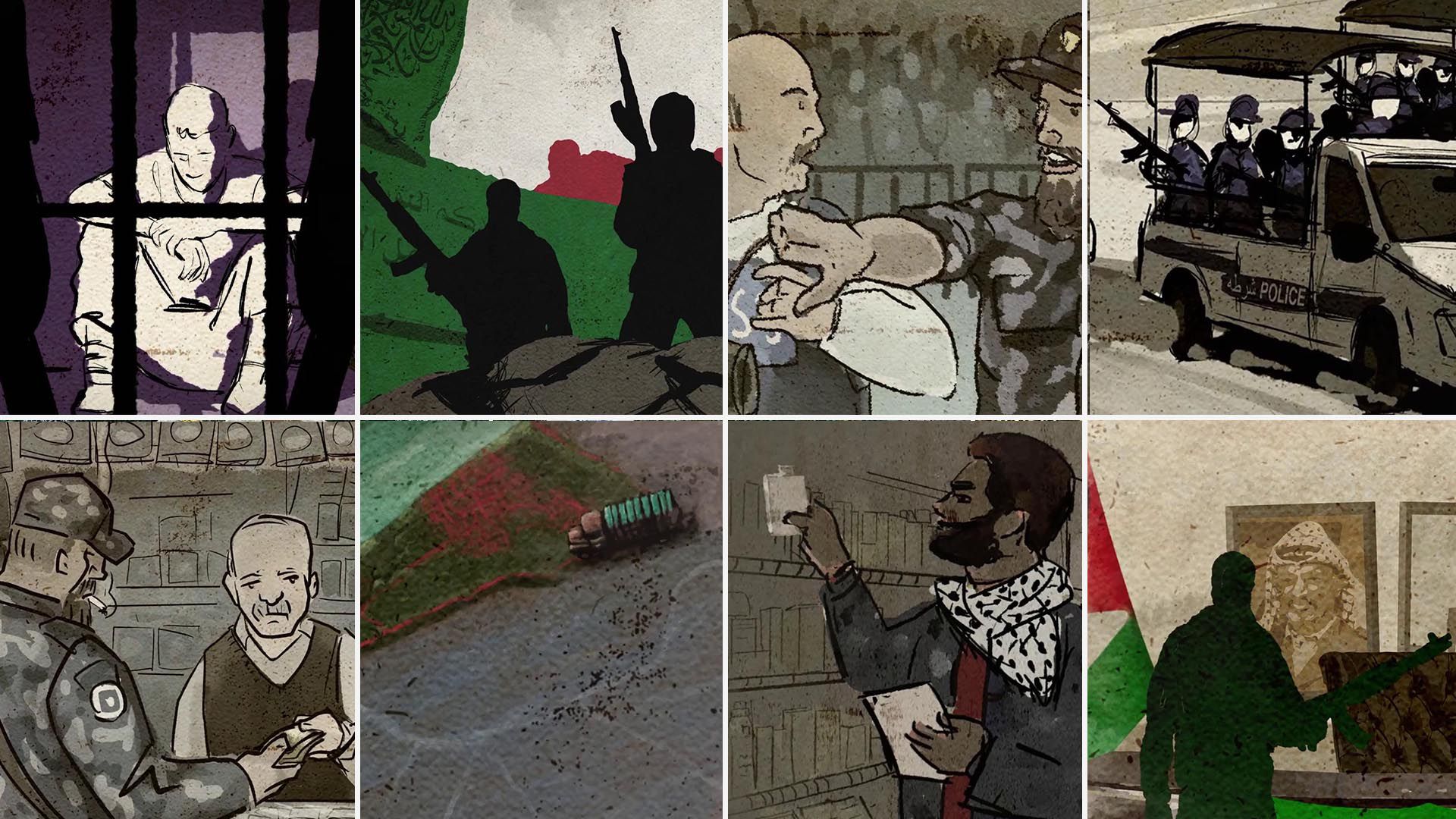 “Whispering in Gaza” is an animated series from the NGO Center for Peace Communications (CPC) featuring real voices of Palestinians residing in the Gaza Strip who have stories and ideas they want the world to hear.

The series is presented in three parts, with a Spanish edition published exclusively by infobaeone in English and French published by The Times of Israel, one in arabic in alarabiya.neta Persian edition through the newspaper kayhan and a Portuguese edition in RecordTV.

In the series, the Palestinian intervieweesall currently residing in Gaza, describe arbitrary arrests, extortion and violence by the authorities of hamas. Some express longing for the time before hamas seized power in a coup against Palestinian Authority in 2007, when they were freer to express themselves and follow the life path they chose. The Palestinian Authority had partial authority in Gaza since 1994 under the Oslo Accords. Israel retained overall control of the Strip until 2005, when it dismantled its 21 settlements there, evicted its 9,000 Israeli-Jewish residents and unilaterally withdrew to the pre-1967 lines.

All the interviews of the Palestinians were conducted throughout 2022. The Center for Peace Communications used animation and voice alteration technology to protect the identity of the speakers. The participants agreed to be interviewed in order to convey their ideas and experiences to an international audience: “They want these stories to be heard,” said the CPC president, Joseph Braude, a The Times of Israel.

The series, Braude added, “challenges those who justify Hamas violence to choose between supporting Hamas or supporting the Palestinians it oppresses. At the same time, it challenges those who oppose Hamas to recognize that countless Gazans want a brighter, more peaceful future, and wonder what can be done to empower them.”

“Whispering in Gaza” has 25 videos produced by the CPC. The New York-based NGO promotes Arab-Israeli engagement to foster development in the Middle Eastaccording to the president of its board Dennis Ross.

Below are the eight clips of the first installment subtitled in Spanish:

“Don’t tell me how to resist”

Wherever “Iyad” turns in Gaza, he finds Hamas leaders watching him. His portraits and slogans cover the walls and alleys. “Is this a city or a military barracks?” he asks. When his Gaza compatriots declare themselves “ready for martyrdom,” he hears only despair. “Ok, Palestine is our cause, and a just one,” he says, “but that doesn’t mean you should keep killing Palestinians, over and over again, to no avail.”

“My brother is no longer here”

“Fatima’s” brother used to work as a street vendor, selling vegetables that his mother grew. But Hamas police in Gaza confiscated his products, demanded bribes to let him work, and threatened him with jail, beatings, and worse.

When the Hamas police came to cut off the power to “Ahmed’s” house, his cousin, a boy with Down syndrome, tried to stop them. They beat him and fired live ammunition at his house. After “Ahmed” uploaded footage of the incident to social media, the clip went viral. He spent the next three days on the run from Hamas authorities.

“Where is the victory?”

“In the days of the first and second Intifadas, we used to believe in something called resistance,” says “Othman.” “But today, ‘resistance’ has become a business.” Every tobacco stand and coffee shop is forced to pay Hamas protection money, he says, and when war breaks out, “[Hamas] he sits in his bunkers while we have to bear the brunt of it. And in the end they tell us that it is a victory”.

“Give back the dabke”

“Mariam”, a professional dabke dancer, believes in the power of art to improve the world. But after Hamas gained control of Gaza in 2007, she was told to stop dancing and study the Koran. When she refused, they began to threaten her family.

Billions in foreign aid have poured into Gaza. But as far as “Isma’il” is concerned, he might as well have swallowed the sea. “Gaza is like the Bermuda Triangle,” he says. “Everything that goes in, vanishes.”

“Maha” once aspired to be a journalist in her native Gaza, but no longer tries. First his Facebook page was taken down. Hamas then told him: “If you don’t stop, something bad could happen to your family.”

You can’t make peace with them