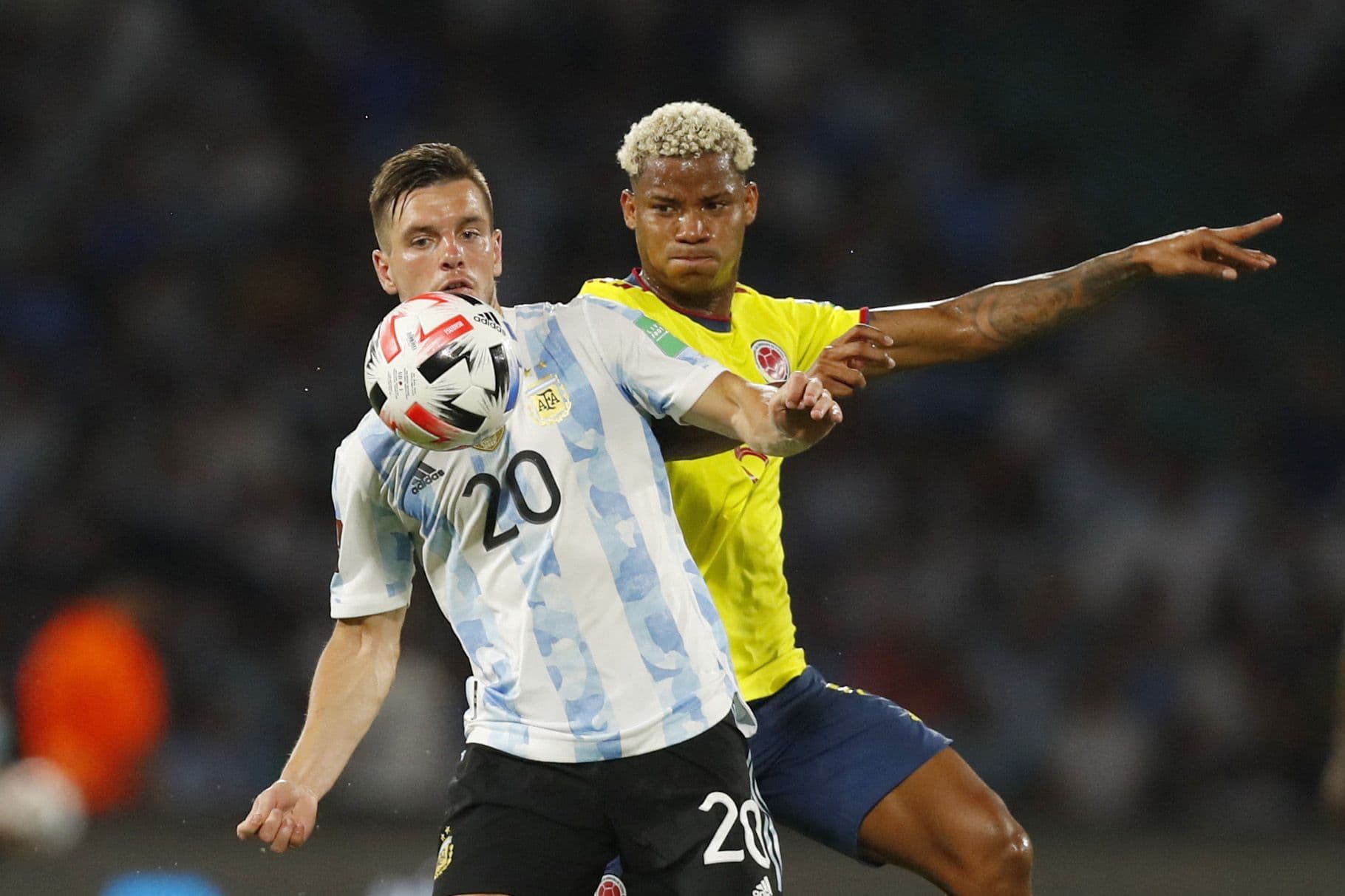 12 days before the start of the World Cup in Qatar, the Argentine team of Lionel Scalloni has a noticeable drop in the campus when it was confirmed that the injury of Giovani Lo Celso It prevents him from reaching the great contest. Villarreal’s offensive midfielder and undisputed in the Scalonetawho tore the biceps femoris in his right leg in the match of the Sunday October 30 in view of Athletic Bilbaois discarded.

Faced with such a gloomy panorama, the coach of the Argentine team must decide who will take the place of one of Lionel Messi‘s great partners on the field. The former Rosario Central was a number placed on the final list of 26 players and his absence opens the doors to Exequiel Palacios on the payroll, who joins Alexis MacAllister Y Enzo Fernandez as the possible ones in charge of this function of connecting to Messi with the team.

The big question is who would be the owner. Obviously that is something that the coach will have to resolve as the practices run and in the friendly against the United Arab Emirates (UAE) scheduled for November 16. The three mentioned could then earn a place in the starting 11, but so could paulo dybala either Alejandro Papu Gomez.

Both have played that role in games of playoffs and they give him a share of speed in the albiceleste attack before what could be an accessible debut in the country of Gulf against Saudi Arabia. On the other hand, for rivals of greater weight and hierarchy, the Pujato strategist will probably lean towards greater defensive balance.

The medical staff of the Spanish club, in constant conversations with the authorities of Tottenham (owner of the pass) and the Argentine team, resolved that the former Rosario Central must undergo surgery and his recovery will require a reasonable time that leaves out of the most coveted tournament on the planet.

In this way, doubts arise about who will accompany Leandro Paredes and Rodrigo De Paul in the midfield.

Enzo Fernandez: One of the footballers who has had the greatest performance and growth in recent months. Since his arrival at Benfica, the former River has been praised and valued more and more.

It is no coincidence that Scaloni follows him closely and, apart from the fact that he joined the national team this year, his playing characteristics are similar to those of Lo Celso, so he could very well complement Leandro Paredes and Rodrigo De Paul to make him get the ball to Lionel Messi.

Alexis MacAllister. The Brighton & Hove player from the Premier League is one of the great candidates. The former Argentinian and Boca Juniors player is having a good time in England and has played 79 games with 12 goals and 6 assists in three seasons.

The 23-year-old from Pampas joined the Scaloneta in the last tour of the United States and started in the 3-0 against Jamaica, sharing the middle with Guido Rodríguez and Lo Celso. He was replaced by Rodrigo De Paul with 20 minutes remaining in the match.

Alexander Papuan Gomez: With a place almost assured in the roster of the 26 World Cup players, the Arsenal de Sarandí player could keep Gio’s position for experience. The Sevilla winger has been adding minutes, he was a starter in the friendly against Honduras and he is from the nucleus closest to the leaders of the squad.

In this season, the Papuan He has played 15 games in Jorge Sampaoli’s team, counting the Champions League and La Liga and has two assists.

Guido Rodriguez: The Betis player is recovering from a blow to the hip and has many chances of being among the 26. His characteristics on the pitch differ a little from those of Lo Celso, but he is one of the favorites in the Albiceleste coaching staff.

Exequiel Palacios: Another who can hope to earn a place on the payroll despite the fact that his thigh injury sidelined him at Bayer Leverkusen. The Tucuman returned to play on Saturday, October 29 against Lepizig for the Bundesliga and his inactivity does not play in his favor in the race for a replacement.

In any case, Lo Celso’s injury would open up hope for the former River that Scaloni likes.

Maximum concern for Argentina: Lo Celso would have a more serious injury and his participation in the Qatar World Cup is in danger

Giovani Lo Celso’s injury was confirmed a few days before the start of the World Cup: how long will recovery take?

The bulletin of Argentina’s win against Jamaica: from Messi’s share of magic to a Lo Celso in a state of grace