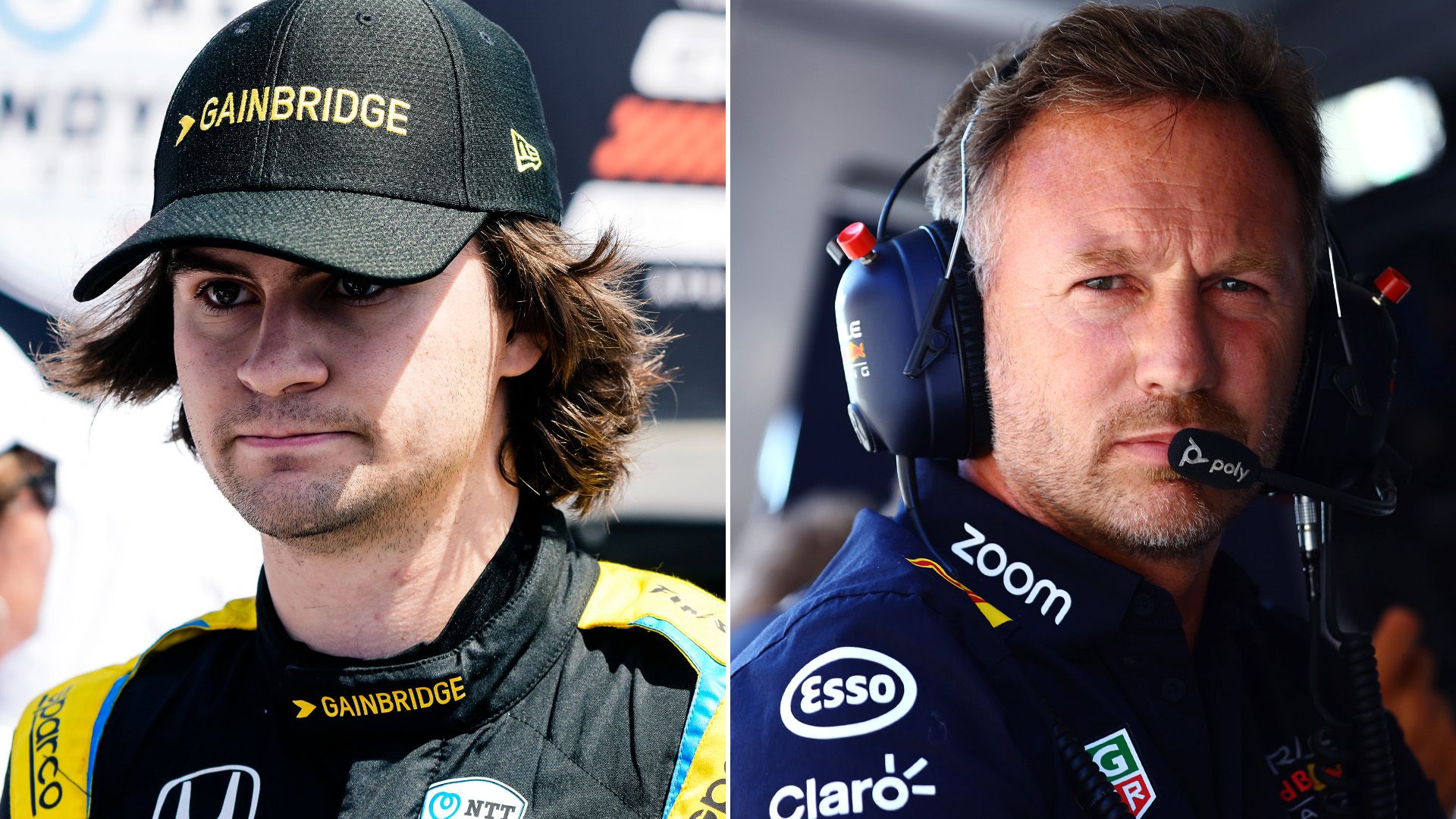 After the hectic summer break that the Formula 1where, among various news, the withdrawal of Sebastian Vettel and the output of Fernando Alonso Alpine, the movements in the offices have not stopped and have generated speculation to US territory, where one of its pilots has been heavily splashed.

Is about Colton Herthathe 22-year-old California native who currently races for the team Andretti of the IndyCar Series and has been placed as the wish of Red Bull Racing to incorporate it into your lineup Formula 1, specifically in the subsidiary team of AlphaTauriand thus have two North American pilots in the discipline together with Sergio Perez.

In words expressed by Helmut Markothe sports adviser of Red Bullit was stated that the objective of the team is to take it to Formula 1, mainly due to its nationality and the appearance of three Grand Prix in the United States for the 2023 season, with the Austin GP, Miami and the new one Las Vegas grabbing covers.

The big problem for Red Bull and any team Formula 1 who wants to sign it is that he does not have the super license of the FIAdocument granted to professional pilots when they reach a minimum of points during several seasons within a competition endorsed by the organization.

Colton Hertha does not have enough points to obtain his super license in the 2023 season, so he cannot drive a car Formula 1 except in free practices, which also add points. This led to Red Bull Racing to look for all possible alternatives so that Herta can add the necessary units in the remainder of the championship; however, recently Marko himself hinted that this would no longer be possible and that the FIA ​​will not relax his guidelines.

“It is a pity that no one has realized the value that an American pilot would have, especially a guy like Colton HertaHelmut stated according to motor sportwho also announced that the inclusion of the American in the DTM race on September 23 in the red bull ring from Austria, with the aim of approaching the 40 points needed for the super license, but which has already been ruled out.

want more @ColtonHerta on board action?

Click below to ride with the No. 26 for 15 minutes around the @IMS road course during the GMR Grand Prix.#INDYCAR // #INDYGP // @FollowAndretti

Who is Colton Herta?

All this chaos of required points has raised the question of who is Colton Herthawho is not only attractive to Red Bull for being American, but at 22 years old he has already managed to enter the history books of the IndyCar and has left several stellar moments on North American asphalt.

Herta already has seven victories in IndyCar Series and four full seasons in the category, since in 2018 he became the youngest driver to make his debut at just 18 years old, when he donned the Harding Racing overalls for the last race of the season.

The following year he fully joined the team and in his third official race he won the historic Circuit of the Americas (COTA), for which he also became the youngest driver to win a race IndyCar.

Despite not being the most consistent driver, a fact that has prevented him from obtaining better results in the championship, he has accumulated nine pole positions, 15 podiums and the aforementioned seven victories in the American motorsports category; however, in the championship his best result has been a third place in the 2019 season, followed by a fifth place in 2021.

“Only one tenth”: this is how Red Bull defended the difference in the cars of Checo Pérez and Verstappen