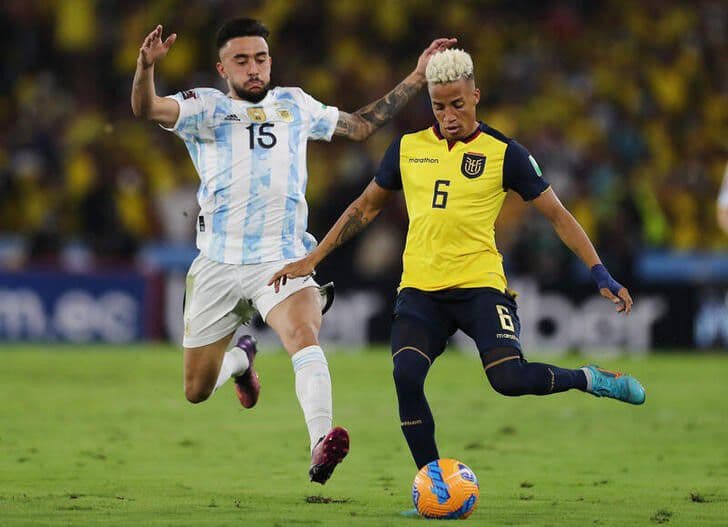 The Soccer World Cup is a few days away from its start in Qatar and millions of fans who will not be able to attend the Arab country hope to see the matches between national teams on television, as is the case with Ecuador, a team that entered the that will play the contest, so here we tell you which channels will broadcast the tournament in the South American country.

To begin with, the multinational DirecTv It will be one of the main platforms through which soccer fans in Ecuador will be able to watch the entire World Cup, since the 64 matches will be broadcast there for almost the month that it lasts. This will be one of the most important options that Ecuadorians will have to enjoy live football. It is worth remembering that the platform is paid and has different plans to subscribe to it in order to enjoy all the content, especially those related to the World Cup.

The Soccer Channel (ECDF) will be another of the platforms that will broadcast the most important sports tournament in the world this end of the year. Through this channel you can see 32 games live and recorded. Although it must be taken into account that this is a paid application, so it also has a subscription requirement to be able to watch the matches and other part of the content.

You may be interested in: What the Argentine team took to Qatar for the World Cup and the truth behind the controversy over weed

But if what you want is to see only some matches of the World Cup tournament, then TeleAmazonas It will be the ideal channel for this purpose, since it has a signal open to the public and does not require a subscription to access the content. The channel will broadcast 32 games live and others on a delayed basis, making it one of the good options for fans of the Ecuadorian team to watch the World Cup in Qatar and cheer on their team.

Can read: Qatar World Cup 2022, live: the lists of the teams and the arrival of Argentina to their bunker

Ecuador will be one of the teams that will be opening the contest together with the host team Qatar on November 20 at the Al Bait stadium, which, of course, will be broadcast to the South American country. The following matches will be between Ecuador and the Netherlands on November 25 and on the 29 will be with Senegal, both matches will be played at the Khalifa International stadium and the three matches will be at 11:00 Ecuador.

For South America, it is worth remembering that the teams from Uruguay, Argentina, Brazil and the aforementioned Ecuador will be in the World Cup. In the case of Argentina and Brazil they arrive as two of the favorites to win the world cup, although it is not a secret that Uruguay usually has a good presentation in the tournaments they play. Meanwhile, those led by Professor Alfaro, intend to overcome the first phase of the World Cup to be able to aspire to reach the quarterfinals. It will undoubtedly be an important sporting show where the best soccer players in the world will give their best in search of the best result.

Byron Castillo case: TAS ruled against Ecuador, how was Peru in the final resolution?