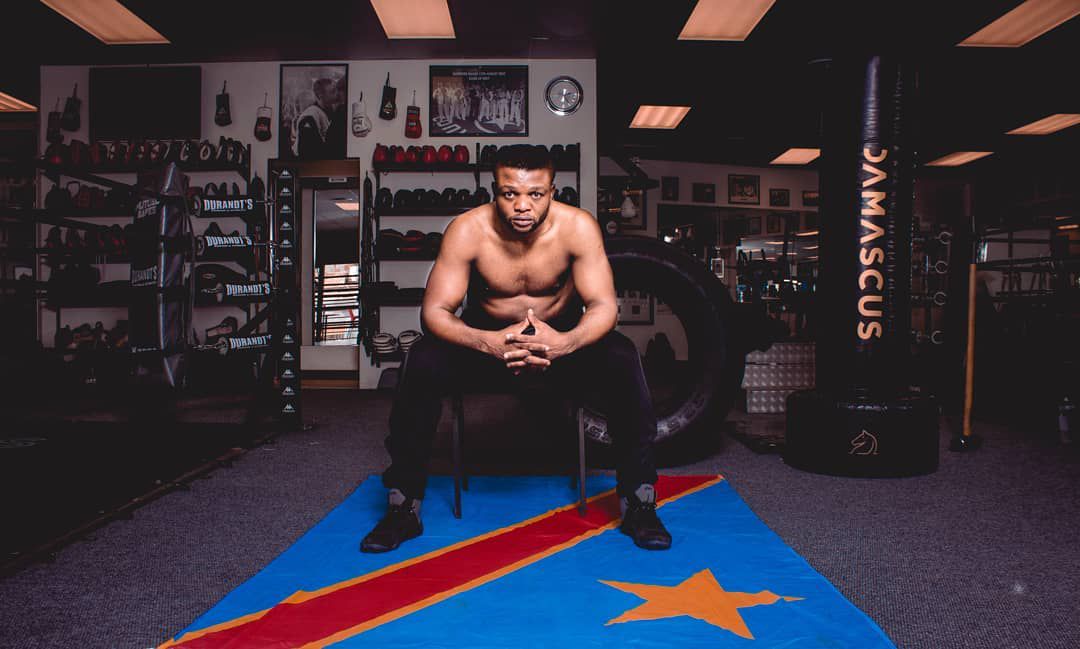 Scarcely more than a week has passed since the glorious night when Canelo Álvarez became the undisputed super middleweight champion, but his team already has another challenge in mind. At the 59th Annual Convention of the World Boxing Council (CMB), Eddy reynoso He announced the intention of the Guadalajara to challenge the champion of that organization in cruiserweight. Is about Ilunga Makabu.

Born in the Democratic Republic of Congo, Makabu is a 34-year-old fighter who fights his fights in the division limit of top weight at 200 pounds. He has a track record of 30 fights throughout his professional history. In the same way, it has specified 28 victories, of which 25 were via knockout, and has a couple of losses.

His physical qualities, naturally, are typical of a boxer who moves between 175 and 200 pounds, that is, between 79.4 and 90.7 kilograms of body weight. He has a stature of 1.83 meters which allow it to have a range of 188 centimeters. With this, he exceeds the 1.75 meters with 76.2 kilograms that the Guadalajara boxer registered in his most recent match against Caleb Plant.

His most recent activity dates back to two clashes that have endorsed him as the cruiserweight monarch for the World Boxing Council. In June 2019 he obtained the vacant silver title by said body in the 200 pounds, after beating the Russian Dmitry Kudryashov. by TKO in the fifth episode. Two months later he defended the scepter against Alexei Papin and retained it for the split decision.

With the antecedent of his triumph and successful defense of the silver scepter, he received the opportunity to contend for the vacant WBC world title. In January 2020, before the occurrence of the pandemic, he faced Michal Cieslak of Poland in his native Congo and beat it in 12 rounds by unanimous decision. The first defense was made in December, when he beat the Nigerian by technical knockout Olanrewaju Durodola.

After beating his most recent rival, he entered a period of inactivity that is about to turn one year, as it has not started any more official meetings. However, after having accepted the challenge of Canelo Álvarez in his natural division, would return to activity to make the second defense of his title, while the Mexican would seek to be champion in five different categories.

The only two losses listed on his record were on significant dates. The first was by technical knockout and happened in 2008, during his debut against South African Khayeni Hlungwane. Meanwhile, he suffered the second setback against Britain’s Tony Bellew in May 2016, when he first sought the title he holds today.

Currently, according to the ranking prepared by the medium ESPN with boxers worldwide, he is listed as the fourth best exponent of cruises. In the same way, it has never made any exhibition in the American continent. Conversely, all his fights have been carried out in Europe and the African continent.

Upon learning of the news and petition, the president of the WBC, Mauricio Sulaiman, considered that the decision of Canelo it’s too risky. “It is a totally complicated move. It has already been accepted, but I would like to talk with Canelo, with Eddy. It is a very important risk that is breaking all paradigms. He looks for challenges, but I never saw him coming around ”.

Meanwhile, the coach of the Canelo Álvarez, Eddy Reynoso, assured that It is a thoughtful decision. He recalled when, as a welterweight, they made the decision to venture into middleweight and He predicted that this time the surprise will also be positive.