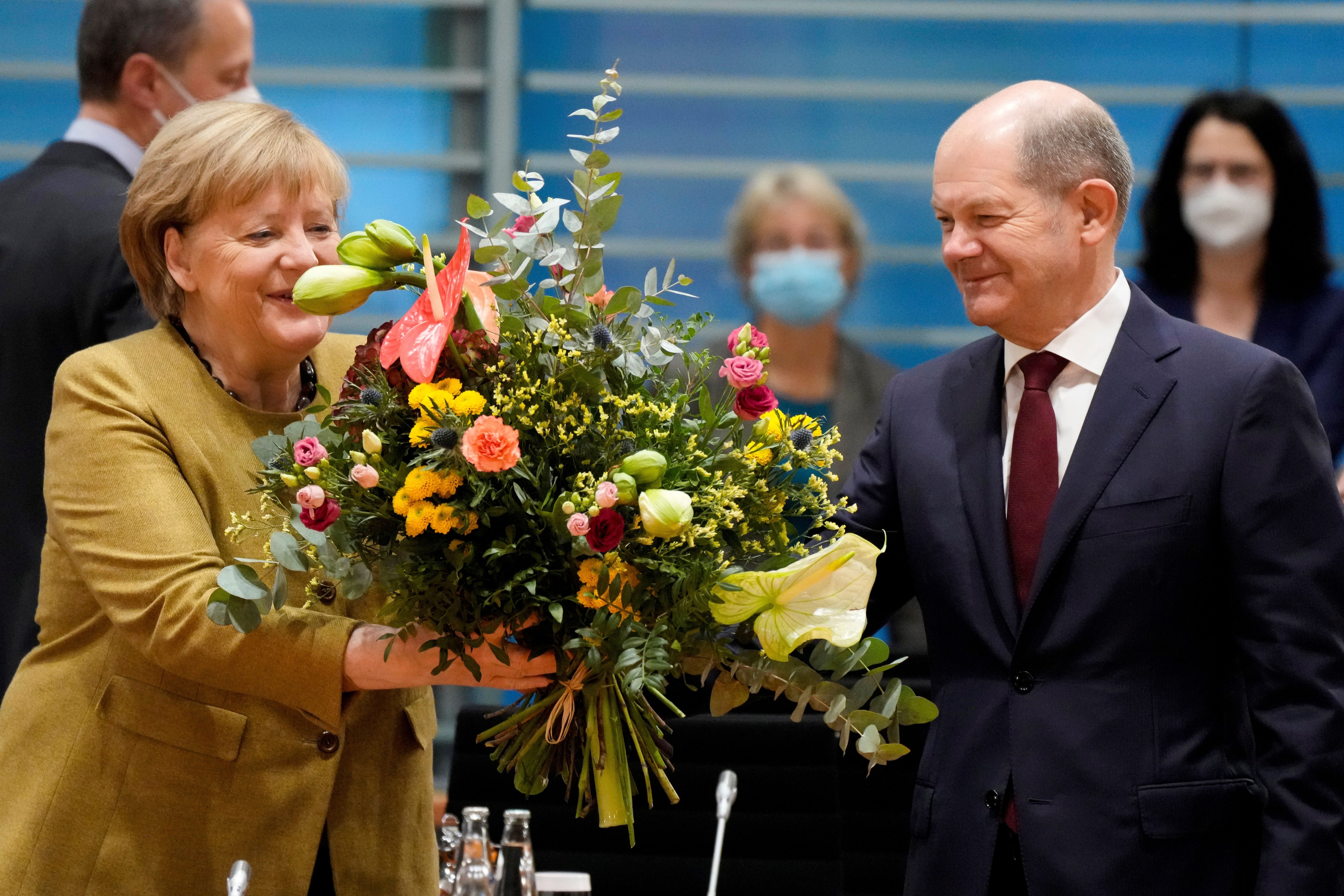 – Is it possible to successfully replace Angela Merkel?

That’s what Olaf Scholz understood. He listened to his campaign advisers. He convinced German voters that she would look a lot like the imposing, experienced figure of statesman stature: Angela “the little tractor” Merkel. He managed to become the new chancellor of Germany. Now you will have to show that you can not only make the same gesture of the diamond fingers that characterize the leader, but who can walk in his shoes. Scholz is sworn in on December 6 before the Bundestag and will immediately face a new Covid crisis, which rages for the fourth time with the Germans, the border conflict in Belarus, a Russian president who mobilizes troops on the border of Ukraine, a a more conflictive China and a less trustworthy United States.

When veteran political analyst Robin Alexander was asked how he viewed Scholz, he said he was like a soccer coach who studied all the videos of his opponent’s games and changed the entire team to deal with him. “It suited. If he had to look like Merkel, he did. He copied even his facial expression. If Scholz were a woman, she would wear brightly colored, collarless dresses like those that characterize the Chancellor “he said in an interview with the New York Times. The problem is that the political rivals and the Germans were also watching the videos and have their own tactic to win the match. Once seated in the Berlin Chancellery, it will no longer be enough to look like Merkel. He will have to prove that he knows how to play and that he has the spirit of being the next champion.

“The pressure is enormous”, said Jana Puglierin of the European Council on Foreign Relations. “The new government takes office in a situation that has been heating up on multiple fronts. AND on foreign policy, Olaf Scholz remains an enigma”.

Scholz is 63 years old and a lifelong Social Democrat. His face has been well known in German politics for more than two decades. He was part of two Merkel governments, the latter as economy minister. He has a reputation for knowing how to accommodate in time to political changes. He is a pragmatist who moves between the left and the right of his party with enormous flexibility. That made it easier for him to lead his center-left party to govern with the conservative Christian Democrats for three of his four terms. Within the party, his enemies call him “the chameleon.”

After 59 days of negotiations, the “semaphore” coalition, made up of the Social Democratic Reds of the SPD, the Progressive Greens and the Liberal Yellows of the FPD, announced that they had reached an agreement with an “equitable” distribution of ministries. The Social Democratic Party, the most voted force in the general elections with 25.7%, will obviously have the Chancellery, for Scholz, and Health, a ministry with little weight and that corresponds to the “Länder” (federal states), but of great relevance in these times of pandemic. According to the public television ARD, they will also have the newly created Ministry of Housing, as well as Defense, Interior, Labor and Social Affairs. The Greens – who obtained 14.8%, their historical maximum in the national elections, will have a macro-ministry of Economy and Environment, headed by Robert Habeck, while Annalena Baerbock will be Foreign Minister. The environmental training will also correspond to the Vice Chancellery, which is generally linked in Germany to foreign policy issues. The FDP, which had 11.5% of the votes, campaigned demanding Finance for its leader Christian Lindner and achieved the goal, in addition to taking Justice, Transportation and Education.

Lindner, a fiscal conservative who rules out any tax hike, could serve as a brake on the new government’s bolder ambitions for change, especially those of the Greens, who campaigned proposing to adapt the economy to the mitigation of climate change. Surely there will be prompt tensions with Habeck who will lead the new super-ministry with that ambition under his arm. On the issues of relations with the European Union, trade with its partners and joint foreign policy, no changes are foreseen. “The new government will be essentially one of continuity, not change”, Holger Schmieding, chief economist at the Berenberg Bank, told Der Spiegel magazine. “Everyone who expected this to be the start of something completely different will be disappointed.”

Born in Osnabrück in northern Germany, Scholz grew up in Hamburg, the city of which he later became mayor. His grandfather was a railwayman and his parents worked in the textile industry. He and his siblings were the first in their family to go to college. He was still in high school when he joined the Social Democrats. He received his law degree and spent a decade defending workers threatened by factory closures, until he was elected as his party’s general secretary during the last center-left government of Chancellor Gerhard Schröder. It was his first big political change. He defended painful labor market reforms like a laundry machine. It earned him the nickname “Scholz-o-mat.” When he was first elected to Parliament, he returned to the left wing of the party, to return to the right when he ran for the chancellorship.

For now, Scholz assumes with the open front of the resurgence of Covid infections. The forces of the new government allowed in Parliament the emergency powers to expire due to the pandemic, flatly rule out the imposition of another total closure and downplayed this fourth wave of the coronavirus. “It seems that they do not understand the seriousness of the situation”said Michael Meyer-Hermann, chief of immunology at the Helmholtz Center and an advisor to Merkel during the pandemic. The new coalition has “misjudged the situation,” Markus Söder, Bavarian Conservative leader, tweeted on Monday. “It is inappropriate to get rid of the pandemic state of emergency and simultaneously legalize drugs,” he added, referring to expectations that the new government will decriminalize marijuana.

Meanwhile, the other “state issue” in Germany is What is Angela Merkel going to do once she leaves the government after 16 years? Obviously, she could choose from positions ranging from UN secretary general to star professor at any American university, or even come up with a custom one. He is 67 years old and has iron health. For now there are no clues to his movements. “I would like in this next phase of life to consider very carefully what I want to do,” he said in September. And in another interview he asked: “I want to write? I want to talk? Do I want to roam around? I want to be in home? I want to travel around the world? So I have decided that at first I will do nothing, and I will see what happens. I think that will be a really fascinating time. “