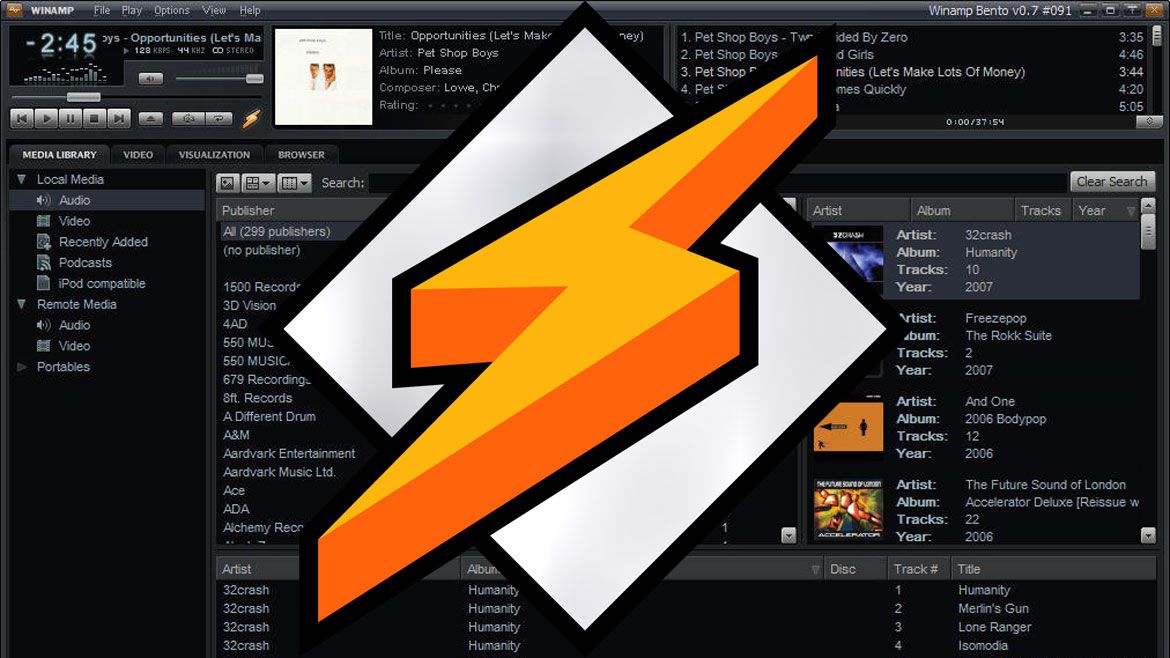 The legendary Winamp revived from the ashes and is about to launch a renewed face of your service. For now, a section is available for those who wish to help try the beta version of your media player.

On his new website he reported that: “Something big is about to happen. We are building the Winamp for the next generation ”. Although it does not report in detail when and how it will be, it promises that it will not only be an update since they will make a total change to connect people with the music of their favorite artists.

According to his own description, “Winamp it is a legend. Changing the rules of the game since 1997. A multimedia player with a heritage and a vibrant community of 80 million active users around the world today ”.

He promises artists and audio creators that he will give them control over all of their content, in order to help them connect closely with fans, as well as gain fairer income doing what they love. In that sense, it offers soloists and groups to register to receive updates on this new era of winamp and how to release your music.

On the site also offers the opportunity to become a partner to do business while they are close to releasing their audio player update. “Whatever business opportunity you have in mind, we’d love to chat.”

They are also interested in hiring more staff during this process, so they leave another section available on their site for those who believe they meet the profile and live in those regions.

As they finish building their renewed platform To listen to podcasts or radio stations, it is possible to download its latest version released in 2018, which was 5.8., and they assure it is safe to use.

At the moment it is not known exactly what the service it will offer will be like WinampHowever, it is speculated that it will no longer be an application to play MP3 files, since it does not make much sense at present, so it may enter the streaming competition.

In the past, when it was fashionable to download MP3 files To bring them with them everywhere on mobile devices, Winamp was the favorite application of users, and there were even customization skins, however, towards the second decade of the century it lost its popularity.

It was in 2013 when it “died”, pirated versions circulated for some years and in 2018 it released its latest official version. In that same year, Alexandre saboundjian, CEO of Radionomy, announced his return for 2019.

“You can listen to the MP3s you have at home, but also the cloud, podcasts, radio stations in real time, a playlist that you may have created,” he said at the time, but nothing of that was ever heard from again. promising return.

Three years after the last Winamp update and the promise of its CEO, it seems that the return of the mythical music player will be a reality, which has put everyone’s eyes on them.

On his return he will have to fight in the market with music streaming services that are well established, such as: YouTube Music, Spotify, Deezer and Amazon Music, which can also offer free trial services so that users are convinced of they are the option that suits your needs.

Step by step to activate song lyrics on Spotify