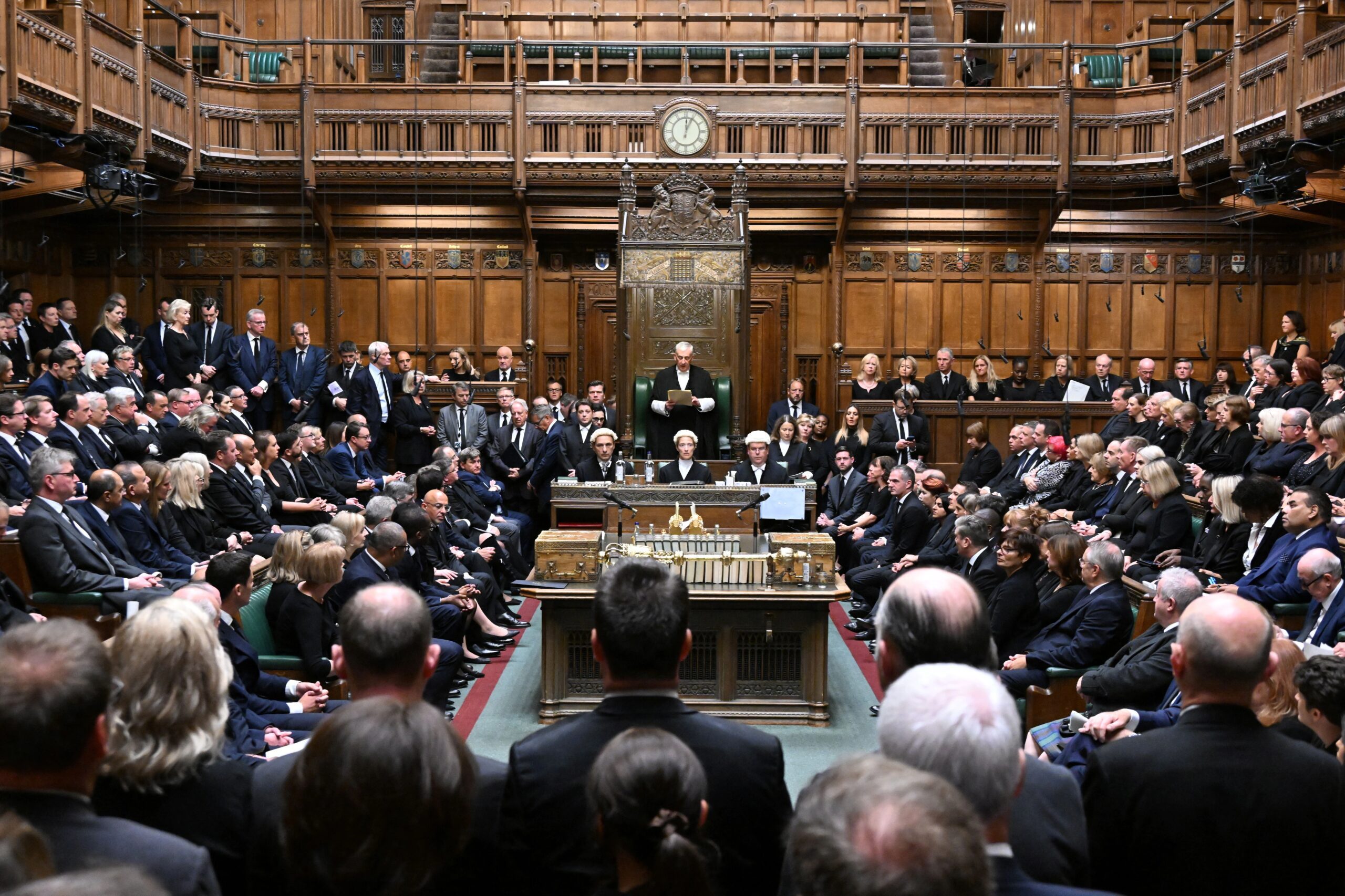 UK parliamentarians spent the day paying tribute to the Queen isabel II in the House of Commons. In an extraordinary session, politicians told anecdotes and shared thoughts about the deceased monarch on Thursday, in proceedings led by the newly appointed prime minister. Liz Truss.

A minute’s silence was observed in both Houses after the prayers. Sir Lindsay Hoylethe Speaker of the House of Commons, said at the close of the nearly 11-hour session that 182 parliamentarians had paid tribute to the queen.

Hoyle He opened the session with a statement: “Almost all of us in the House have not experienced any monarch on the throne of this country, except His late Majesty. In fact, there are only about twenty members in this House who were born, let alone who can remember a time, when she was not Queen. She is wedded in our minds to the Crown and everything she stands for.”

Liz Trussfor his part, said that Elizabeth II is “the pillar on which the modern United Kingdom was built”, and that the monarch was “one of the greatest leaders the world has ever known”.

Elizabeth II ascended the throne “in a country emerging from the shadow of war” and has praised the legacy of a modern and dynamic nation that has grown and flourished under her reign”. “The UK is a great country thanks to her. The Commonwealth is a family of nations thanks to her. She was devoted to the union of England, Scotland, Wales and Northern Ireland.“, has said.

“He reinvented the monarchy for the modern age. She was a defender of freedom and democracy throughout the world. She was dignified, but not distant. She liked to have a good time, whether it was on a mission with Agent 007 or having tea with Paddington Bear. He introduced the monarchy in people’s lives and homes”, he defended.

“She remained determined to carry out her duties even at the age of 96. Three days ago she invited me to Balmoral to form a government and become her 15th prime minister”, she recalled, before reiterating that “even for those who did not know her, Her Majesty’s image is an icon of what defines the United Kingdom as a nation.” “His legacy will live on through the countless he met, the history he witnessed, and the lives he touched.”, he highlighted.

“The crown stands, our nation stands and in that spirit I say: God save the king,” said Truss, whose speech was followed by statements by the leader of the Labor Party, Keir Starmerwho has said that “the country, the people and the Chamber are united in mourning”.

In this sense, Starmer explained that Elizabeth II “created a special personal relationship with everyone.” “This relationship was built on attributes that define her reign, her total commitment to her service and duty and her deep devotion to the country, the Commonwealth and the people she loved,” she said. .

“The loss of our queen robs our country of its strongest point, its greatest consolation, precisely at a time when we need those things more than ever.. Our queen’s commitment to us, her life of public service to her, is anchored in a crucial understanding that the country she symbolized is greater than any individual or institution,” she argued.

“It is the sum total of all our history and our behaviors that will survive. The queen would have wanted us to redouble our efforts, raise our heads and face the storm, move on. Above all, I would like us to remember that it is in these moments that we must be together”, he maintained, before ending his speech with a “God save the king”.

Boris Johnson told MPs that the Queen was “so radiant, knowledgeable Y fascinated for politics as always” at their last meeting: “That drive to do her duty carried her through her tenth decade to the very moment when Balmoralas my honorable friend said, just three days ago, when he fired his 14th prime minister and welcomed his 15th.”

Former Conservative Prime Minister Theresa May he said the Queen was “quite simply the most remarkable person” he had ever met. During her tribute in the House of Commons, the parliamentarian spoke of her weekly audiences with the monarch during her time as prime minister: “In all the nations of the world, for many people, meeting Queen Elizabeth simply made their day and for many it will be the memory of a lifetime.”.

He also made Parliament laugh on Friday when he recalled dropping a piece of cheese in front of the queen during a picnic at Balmoral Castle: “The cheese fell to the ground. I had to make a decision in a split second: I picked up the cheese, put it on a plate and put the plate on the table. I turned around to see that my every move had been watched very carefully by Her Majesty the Queen. I looked at her, she looked at me and just smiled. And the cheese stayed on the table.”

Former Conservative leader Iain Duncan Smith read a poem inspired by funeral blues From WH Auden: “She was our north, our south, our east and west, our workweek and Sunday rest, our noon, our midnight, our talk, our song, we thought love would last forever: we were wrong.”

The House will also meet on Saturday. At the end of the Saturday session, members will agree on a humble speech of condolences to His Majesty the King, to be presented on Monday at Westminster Hall.

(With information from Europa Press and Parliament.uk)

Charles III greeted the people who crowded his way through Buckingham Palace: “God save the king”

How will the ascent to the throne of Carlos III

The other two Carlos who were kings: from the execution of the father to the change of religion of the son

From villain to queen consort: Camilla, the proof of everything love of Carlos III