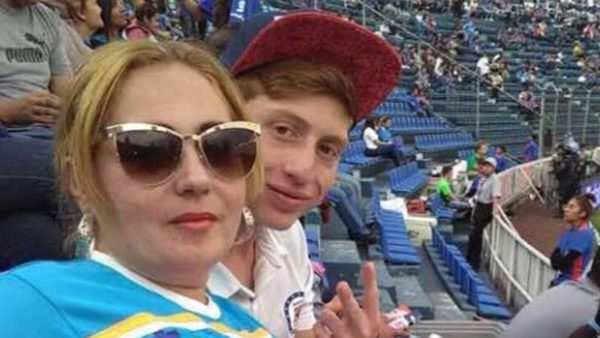 On October 29, fans were shocked, as a bullet took his life. His mother, Ana Lucía, went to the place of the last moments of whoever gave the beloved character of Benito Rivers in Neighbors.

There are just a few days until one month has passed since the tragic death of Octavio Ocaña, who lost his life in the State of Mexico. On October 29, fans were shocked, as a bullet took his life. His mother, Ana Lucía, went to the place of the last moments of whoever gave the beloved character of Benito Rivers in Neighbors.

Bertha Ocaña, Octavio’s sister, was accompanying her mother and they brought some candles and flowers, in addition to dedicating a few words to Ana Lucia.

Mommy you know that if he could have saved you from this pain that you already live with and with which you and dad will die, but without a doubt, he always knew the great parents he had and how much they loved him, he always knew that his family gave their lives for him, “he wrote.

The young woman stressed that the pain and emptiness she feels is so greatWell, they have not yet assimilated the news and that they are still very sad.

Today is one more day without him … one more Sunday with his absence trying to be strong and trying to understand why he is gone, he lives and reigns in our hearts and that is how it will be until the last day of our lives ”, he mentioned.

The death of Octavio Ocaña continues to give something to talk about, Almost a month after his death, many doubts remain to be clarified. The middle of the show continues sad for the terrible departure of the young man.

Now, his mother Ana Lucía, accompanied by Bertha Ocaña, went to the place where Octavio Ocaña lived his last moments, aboard his truck and shot in the head. The pain of the family is very great and is remembered with great affection, as they assure that he was a very good person.