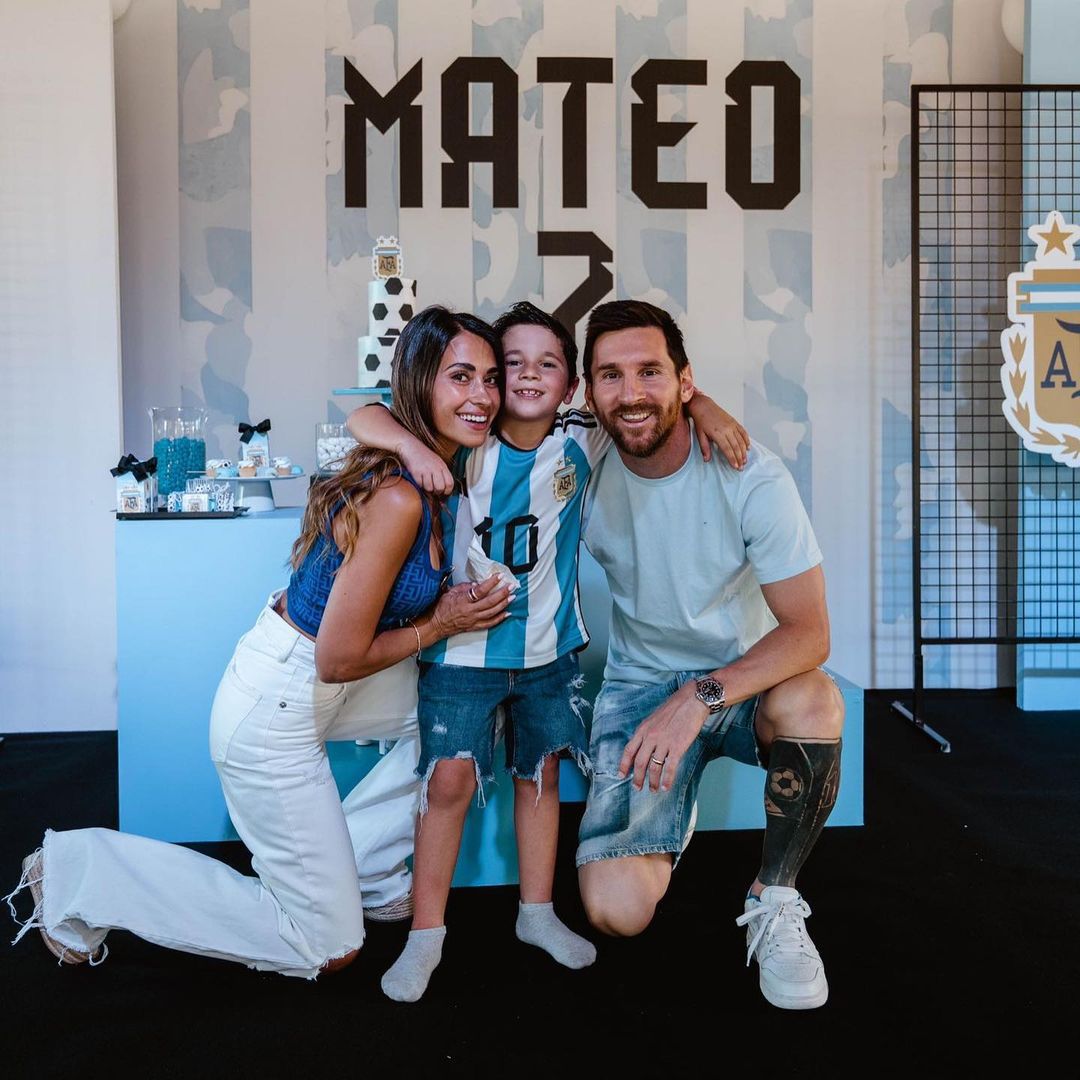 Matthew Messi celebrated his 7th birthday last Sunday, September 11, in Paris, but the celebration seemed to unfold in Argentina. It is that the middle son of the PSG striker and Antonella Roccuzzo He chose a theme that confirmed that the whole family is aligned with the dream of the star and all the soccer fans in the Argentine team: the World Cup in Qatar, to be played from November 20.

Is that the theme was fully dyed albiceleste. The back wall, where the cake (in the shape of balls) was located, resembled a shirt of the 2021 Copa América champion team with its name and No. 3. In addition, it wore Lionel Andrés’s jacket as a uniform, his father, and with the number 10 that he honors with his talent.

But, not content with that, even the AFA shield appeared on the decoration. One of those in charge of showing the backstage of the party It was Roccuzzo herself, who posted three images on her Instagram account: one with her and the honoree, and another two in which Messi also joined. Smiles and hugs abounded.

And a video also went viral in which it was proven that absolutely everything in the celebration responded to the National Team. From the albicelestes souvenirs to the look of Thiago and Ciro, brothers of the birthday boy, who also wore the jacket of his father’s team. After blowing out the candles, Mateo received a hug from his entire family.

The theme does nothing more than sign Messi’s commitment and sense of belonging to the National Team, which was obviously passed on to his offspring. Mateo, the most charismatic of the little ones, and whose antics have become viral more than once, also plays soccer and his actions more than once drew attention, due to his dapper handling of the ball.

THE PHOTOS OF MATEO MESSI’S PARTY