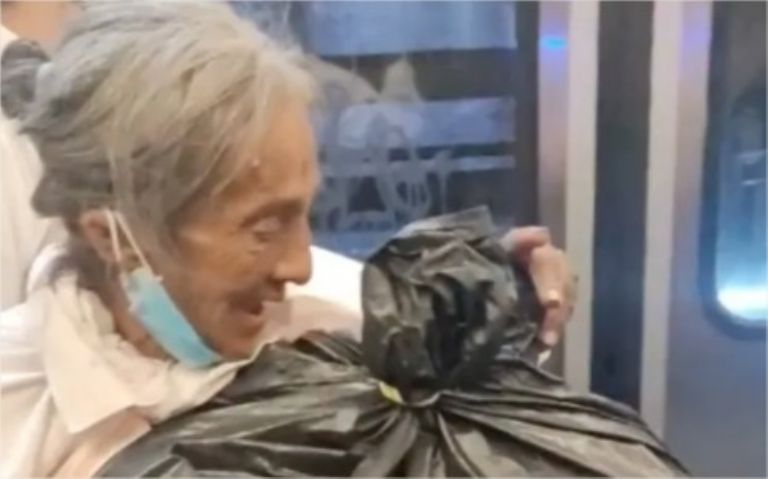 A video on TikTok went viral showing the moment in which two women fight verbally in a subway car in Mexico City, supposedly because one of the women was carrying a bag that was in the way and after refusing to move it, the another lady would have pushed her.

It was then that the woman carrying the bag got angry and the argument started. In the viral video, the woman is seen to mention that in the black bag she carried something related to her work: “I am a doctor,” she says. However, the other woman begins to say: “In the name of Jesus! You lying devil! You are tied to the earth, you are tied to the heavens and under the earth, In the name of Jesus”! As expected, the woman’s words made even the subway passengers uncomfortable, as a woman can be heard saying, “leave her alone.” While, in the TikTok comments, users made multiple comments about the publication.

“I do not know whether to believe the doctor or the exorcist,” commented users on social networks. In the CDMX Metro, an infinity of events of almost any type are usually experienced as it is a transport used by millions of passengers daily. Now, a viral video is circulating on social networks where an exorcism was allegedly carried out in a wagon on Line 2.

The CDMX metro has hosted multiple events that have marked yet another history in the public transport service, but this time, it was a heated discussion between a woman and another who supposedly is “the devil” or is “possessed”. ”. In the viral video originally published on TikTok, you can see how a woman tries to expel a demon from an elderly woman.