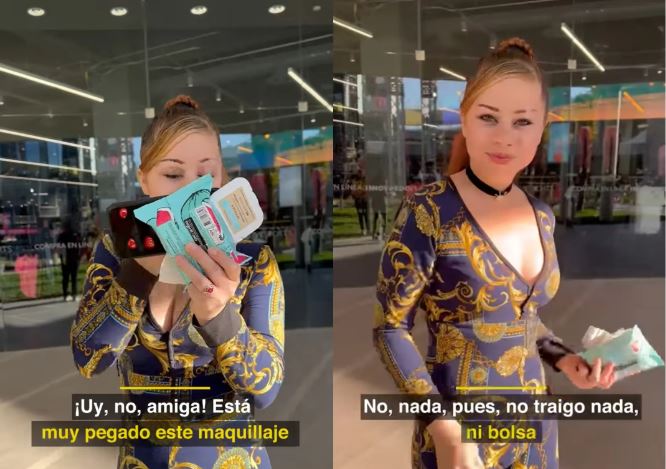 In a challenge for social networks, a woman removes her makeup but ends up being abandoned by her boyfriend.

The case was where a woman removes her makeup for a challenge on Facebook, but the end was quite unexpected, her boyfriend abandoned her.

The truth is that makeup depends on each person, some only use it for beauty or to cover imperfections, but there are those who use makeup more.

That is why the moment in which a couple who was allegedly affected by makeup has gone viral.

The woman removes her make-up in exchange for 2,000 pesos, but she would have to do this in front of her boyfriend, what she did not expect was that he would abandon her when he saw her in person.

“I offered money to remove make-up on the street. Unexpected ending ”, reads the description of the video.

The video was published by the content creator, Lupita Anaya, the girl approached a couple to offer two thousand pesos in exchange for the young woman to remove her makeup, so she showed him the money and a bag of makeup remover wipes.

The woman decided to accept the viral challenge and when she was natural she realized that the man who accompanied her had left, and that is that in the video you could look disappointed with the result.

As expected, users of social networks reacted and criticized the man, since in the video it can be seen that he was too superficial. In addition to the fact that he was not so naturally graceful.