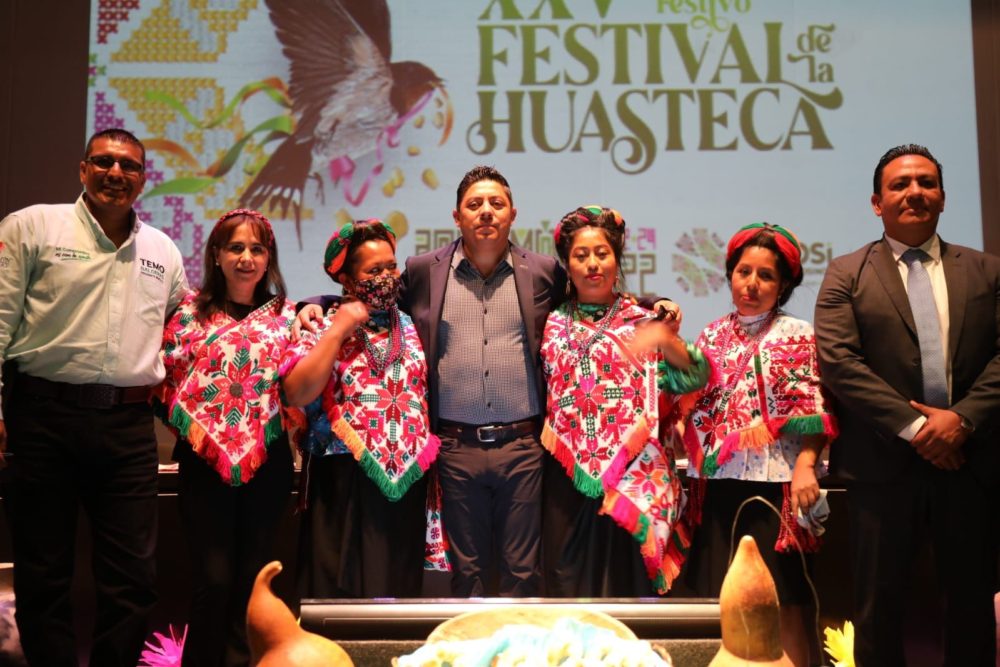 It will receive more than 250 carriers and participating carriers from the states of Hidalgo, Puebla, Querétaro, San Luis Potosí, Tamaulipas and Veracruz

The Governor, Ricardo Gallardo Cardona, presented the XXV Huasteca Festival, which will take place from September 22 to 24, 2022 in the magical town of Aquismón, which will detonate tourism in this and other municipalities of this region of the State. , since the arrival of tourists from all over Mexico and the world is expected, who will learn about the traditions, culture and customs of the original peoples of the area.

The State President, affirmed that the festival contributes to strengthening the identity of the people of Potosí, since it is in its roots where the principles and values ​​that are needed to strengthen the spirit are found, which is the thematic axis of this event, the “Festive Food” , the food of the soul, meeting and union around indigenous peoples and communities.

Gallardo Cardona explained that this festival will receive more than 250 participating carriers from the states in which the Huasteca expands, such as Hidalgo, Puebla, Querétaro, San Luis Potosí, Tamaulipas and Veracruz. In addition, he recognized the Federal Culture Secretariat, which will strengthen the Huasteca Cultural Development Program, which for 25 years has promoted the preservation, dissemination and strengthening of the region’s identity.

“These types of events are to exalt and highlight both the natural beauty of the Huasteca region, as well as the infrastructure that San Luis Potosí offers,” said the Governor of Potosí, who highlighted the Federal Government for its support to trigger local, national and regional tourism. international.

For his part, the municipal president of Aquismón, Cuauhtémoc Balderas Yáñez, said he was happy that the mayor’s office is the venue for this festival of the entire Huasteca, recognized the support of the Governor of the State, Ricardo Gallardo Cardona to carry out an event of national quality. and international, which will boost the economy in that region.