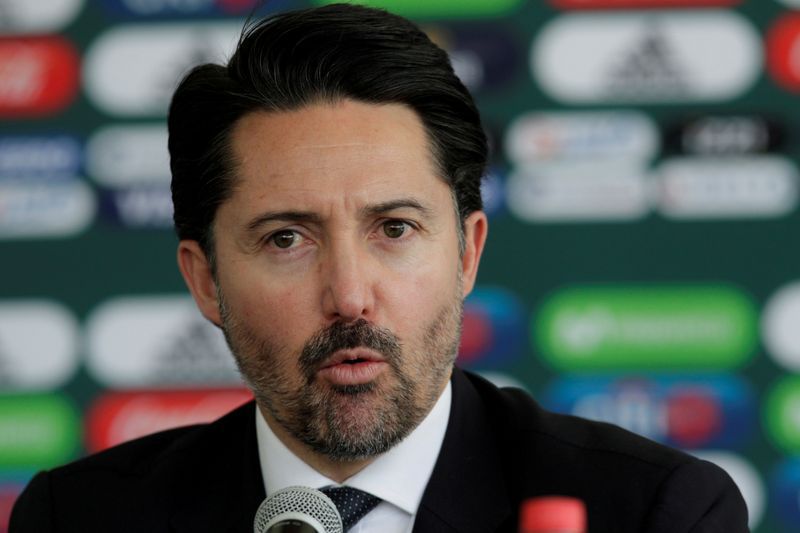 Since its detection in the 2014 World Cup in Brazil, the discriminatory scream It has caused problems for the Mexican National Team before the International Federation of Football Association (FIFA). Since then, the Tricolor has been subject to observation and sanction when any sector of the fans undertakes it in any official or friendly match. However, the president of the Mexican Soccer Federation (FMF) accused that the sports body persecutes the followers of Mexico before the rumor of a new sanction.

In a testimony rescued by the middle TUDN, de Luisa said that a commissioner presented a report where it was reported that a person from the public, allegedly, exerted a shout against a member of the Canadian coaching staff. The event was presented during the match held in the Commonwealth Stadium, in Edmonton, Canada, on November 16, 2021.

In this regard, the official assured that “that is why they want to punish us. If that was the case, I would think there is persecution. Hopefully that is not confirmed, but if they are going to make an analysis of what each of the people says in all the stadiums of the world, then there are easily going to be people in the stadiums. We will all be sanctioned. We do not know about the report and it does not say who or to whom. They want to sanction us ”.

And it is that the national team will have to deal with the sanction imposed by FIFA after the behavior of the fans in the matches held in September against Canada and Honduras, at the Azteca Stadium. As a result, on the first date of the qualifiers in 2022, the Tricolor would have to face Costa Rica and Panama in the Colossus of Santa Úrsula, but without the presence of the public and pay 100,000 Swiss francs as a fine.

Given the harsh sanction that could affect the spirits of the players on the Mexico City court, Yon de Luisa confirmed that They will appeal the decision to the international sports body in order to reduce it. According to his statements at the end of an event held in the country’s capital with the Qatari ambassador, the sanction was poorly applied because the protocol was not executed satisfactorily.

In the match against Canada, according to the FMF president, only the second step of the protocol was reachedThat is, the whistler only called the players to the center of the field to stop the actions of the match for a few seconds and send a message to the fans to eradicate the discriminatory expression. Nevertheless, it’s up to step three, when the selections are sent to the locker room and are entitled to such a sanction.

Meanwhile, according to journalist David Medrano, the decision made after the match against the Central American team will also be appealed. While there was a cry against the visiting players, in this the word “c * lero” was mentioned. In this regard, the FMF sent a document with explanations of the meaning of the word to reduce the penalty.

Beyond the appeals and the games that Mexico will have to face without fans in the stands, the presence of the homophobic scream is an expression that will continue to have detriment to the sports field. In this sense, both the FMF and Liga MX have undertaken a series of actions and measures to prevent offenses. However, these could increase and be more restrictive.

“We have been implementing a series of measures for years, new ones are coming, stricter measures are coming with the aim that people who go to the stadium respect the national team, football, the rival, the referees. That way we will not be sanctioned (…) We will use custom controls for whoever buys a ticketWhoever wants to go see the national team, we know who he is, where he sits ”, he emphasized.