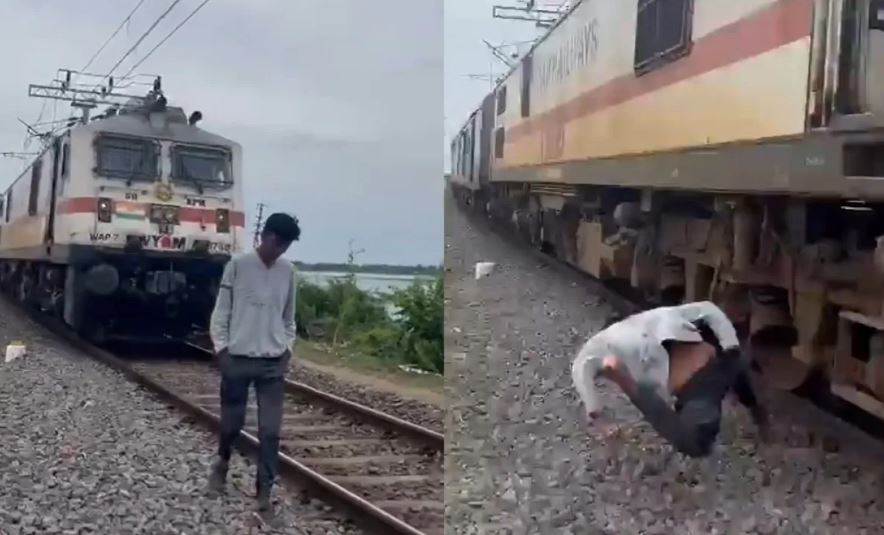 When he intended to record a TikTok video a young man is hit by a train, the images captured the violent moment in which the boy is thrown.

Hit from behind, the train hits him on the left side, knocking him a few meters while spinning him.

The young man’s body makes a complete turn, while his body twists, as he falls it is seen how one of his legs breaks completely and he falls face to face with the rocks.

The young man became the protagonist of a terrible accident when, together with a friend, he recorded a video for his TikTok account, however, he did not realize that a train was coming and was hit by it.

The events occurred at the Kazipet Railway station in the Hanamkonda district, in Telangana, where the 17-year-old boy, identified as Chintakula Akshay Raju, was recording a video that consisted of walking near the tracks while the train was in motion. movement, but the horrible accident happened.

However, the young man is hit by the train, Chintakula was hit from behind by the train, which caused him to fly until he hit the ground.