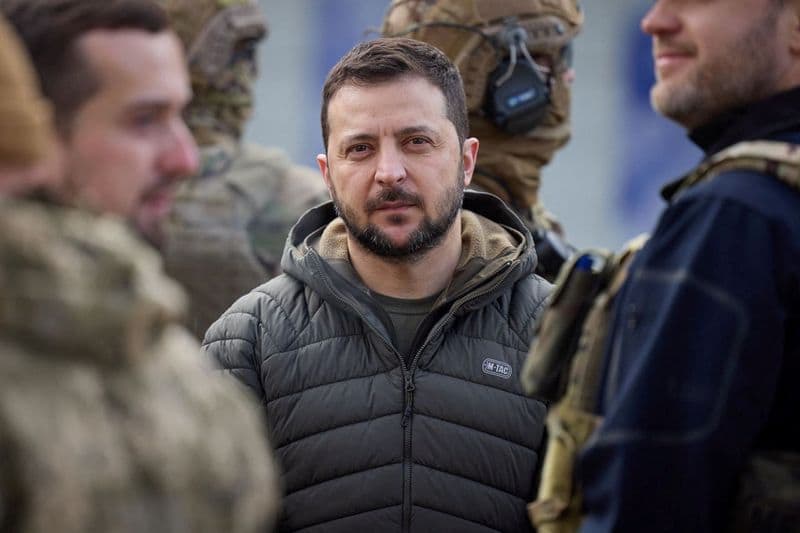 Ukrainian President Volodymyr Zelensky declared today in a video message on the occasion of the Day of Dignity and Freedom that the Ukrainian people will win and preserve their freedom and independence.

“We will get through it all. We will survive. Overcome”said the president, who added: “We can run out of money, without gasoline, without hot water, without electricity, but not without freedomAnd that has not changed”.

He added that Ukrainians have paid and continue to pay “a very high price for freedom.”

He stated that everyone has seen the kind of people Ukrainians are, “willing to give the last”, “willing to endure until the end”.

He stressed that “inveterate fighters” are joined by musicians, actors, Olympic champions, computer scientists, scientists, businessmen, “hundreds of thousands of Ukrainians who did not get on the plane, but stood in line at the military registration and enlistment office” and “ side by side” defended the dream of “a free Ukraine forever”.

“Everyone has seen what kind of citizens we have,” from doctors, firefighters, rescue workers, railway workers, energy workers and farmers, from “volunteers and caring people” and from children, he added.

He pointed out that although much is currently changing in the country, in Europe and in the rest of the world, Ukrainians continue to uphold the values ​​of dignity and freedom.

“Some things do not change. This is the answer to the question of who we Ukrainians are and what is the most important thing for us, ”she said.

The dignity and the freedom are “two values, inextricably intertwined”he added, “like the right and left banks of the Dnipro”, “like the blue and yellow colors” of the flag, “like Chubynskyi’s lyrics and Verbytskyi’s music” from the Ukrainian anthem, “like two threads of a pattern in a vyshyvanka”, -the traditional Ukrainian embroidered shirt-, where the genetic code of the Ukrainians is encrypted, he said.

Zelensky contrasted this Sunday the Ukrainian “peace formula”, which is valued “in the world” in his opinion, against the “empty and mendacious Russian rhetoric” about Vladimir Putin’s willingness to negotiate.

“We will do everything possible so that the world accepts the Ukrainian peace formula”he stated in his usual last-minute speech.

Zelensky said these words when referring to his participation in the summit of the Organization Internationale de la Francophonie, which includes more than fifty countries as participants and another twenty as observers.

“It is quite constructive and realistic, in contrast to the empty and mendacious Russian rhetoric about its supposed readiness for some kind of negotiations,” he added.

For this reason, Zelensky assured that Ukraine will do “everything possible so that the world accepts Ukraine’s peace formula.”